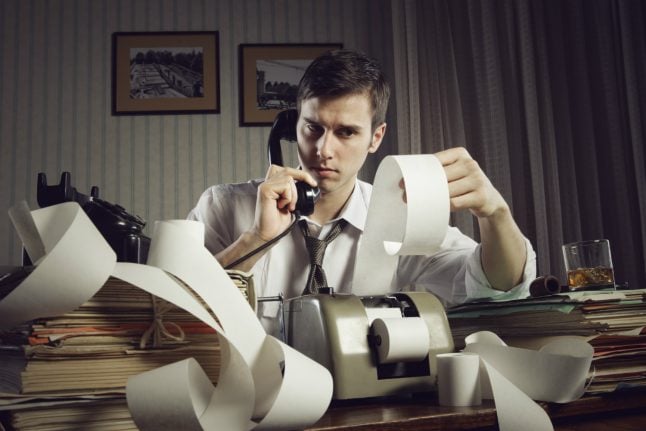 Editor's note: This article was updated on February 20th, 2019 after speaking with Haines about the tax filing regulations and procedures in 2019.

As an American in Germany, there are many things we can put behind us in the US, but unfortunately filing taxes is not one of them. While most Americans abroad are exempt from paying US taxes, they still have to submit US tax returns by June 17th – thanks to an automatic two-month extension.

We spoke with expat tax expert Emily Haines, founder of Xpatax Solutions LLC,  for her breakdown of the best, and often overlooked, tips for filing and paying taxes as an American in Germany.

The threshold for having to declare taxes abroad is $12,000 for a single person, $24,000 for married couples filing jointly and $18,000 for the head of the household, according to Haines.

In Germany, the threshold for paying taxes is €8,820, and can be filed online through the Elster. However, if an individual works with a tax advisor (Steuerberater), they have until December 31st to file.

When an American abroad files taxes through a standard 1040 form by June 17th, they can simply write “US tax payer abroad” on the top of their tax return. The filer also has until this date to request an extension to October 15th, says Haines.

Since the implementation of the Affordable Care Act (commonly known as Obamacare), the IRS might require attaching a health coverage exemption form (available here) for those living abroad.

In recent years, several articles have described the frustration of American expats being taxed abroad, with some people even renouncing their US citizenship to dodge dual taxation.

While this is true, Americans in Germany are only slapped with taxes twice if they earn more than $103,900 per year as of 2019, says Haines. This is thanks to the foreign tax earned income exclusion, which is the tax-free amount of money Americans can earn while living abroad.

The foreign earned income exclusion has some restrictions with it, however. One is that you have to meet either the physical presence test or the bona fide residence test. Under the physical present test, you have to be present in a foreign country (whether it be Germany or another country outside of the US) for 330 calendar days in the year's 12-month period.

To pass the bona fide residence test, Germany needs to have been your primary place of residence for a calendar year- with factors such as intention in addition to the physical length of stay itself playing a role.

According to Haines, some folks in Germany are better off claiming the foreign tax credit because there are less restrictions and the credit almost always works in the favour of the tax payer since Germany has a higher tax rate. It depends on the ratio of earned to unearned income – for example, salary to dividends and interest, as well as other factors.

“The calculation gets a little bit hairy but usually the taxes are somewhat higher in Germany,” says Haines. “In most cases it entirely offsets your US taxes.”

American expats should note that the April 17th deadline still applies if they have any payment to make to the IRS. This could still apply if, for example, it's their first year abroad, and they lived in the U.S. for the first half of the year and Germany for the other half of the year. It could also be applicable to people with special circumstances, such as renting out property in the US. If US citizens or green card holders have more than $10,000 in their foreign bank accounts, they will need to report it to the IRS through the FBAR (Report of Foreign Bank and Financial Accounts). They also need to report foreign assets, holdings in corporations or mutual funds. “The FBAR has penalties that can sometimes stack up to your whole bank account balance,” says Haines, pointing out that the FBAR still has a filing deadline of April 15th, or October 15th with an extension.

Self-employment tax: how to avoid paying it in the US

One thing that freelancers in foreign countries really have to be aware of is the self-employment tax, says Haines. If you're an employee employed in the US, you have Social Security and Medicare taxes taken out of your paycheck.

But if you're a self-employed freelancer in the US, no one is paying your social security and medicare taxes for you, and you're actually liable for an extra tax called the self- employment tax, which is around 15 percent.

There is, however, a way to eliminate that tax in the US if you are self-employed Germany — which, luckily for expats, has a so-called totalization agreement with Germany. In other words, freelancers in Germany can provide a certificate of coverage (also called the D/USA 101/A) stating that they already pay into the German social security system and hence don't need to do so in the U.S.

The Rentenversicherung Hamburg Nord office is responsible for dealing with Americans. To avoid the self-employment tax when filing, Americans should write “Exempt, see attached statement” next to line 57 on the 1040 and attach the certificate of coverage to their returns, says Haines.

It's also a sound idea to meet with a local tax advisor as well as lawyer to see if any specific business licenses are needed to be self-employed in that country.

It might be easier for self-employed people to get their German taxes done first as they tend to be a bit more complicated, says Haines.

“Germany has a lot more documentation requirements than the US,” she says. “They are a lot more prescriptive in how they want their documents to be. How they want invoices to look. So it's easier to take care of that with the first priority and then convert that to the US tax return.” The State Department can now refuse passports to those with tax deliquencies. Credit: Depositphotos/inyrdreams

Many expats in Germany, especially those who have been overseas for years, are unaware that they need to also file their US taxes. Realizing that many Americans can claim ignorance, rather than willingly trying to unwit Uncle Sam, the IRS created a program called Streamline Filing to file back taxes without penalties or fines.

More and more expats may be turning to it now that the IRS recently gained the power to have the State Department revoke or refuse to issue US passports for people with seriously delinquent tax debt.

Expats who qualify under the Foreign Offshore Program only have to file the last three years of tax returns, and the last six years of reporting from foreign bank accounts.

According to Haines, more and more banks in Germany are rolling out a requirement that Americans, before opening an account with them, show that they have been compliant in paying their taxes through submitting a W-9 form and an additional form to show their compliance with US tax requirements. Many Americans applying for a mortgage in Germany will find they fall under the same requirements.

“It’s a lot more convenient to come into compliance with taxes on your own schedule than if you are trying to get a mortgage and say ‘Oh no, I haven’t filed my US taxes for 20 years,'” says Haines.

Until recently she says, the IRS levied sharp penalties on everyone. “This is really the first time they have taken, “Oops, my bad,” as an excuse.” 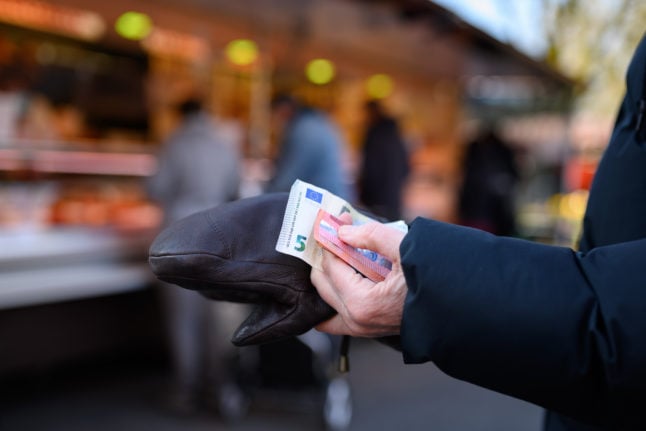 ENERGY
Who gets Germany’s €300 energy relief payout – and when?
Url copied to clipboard!