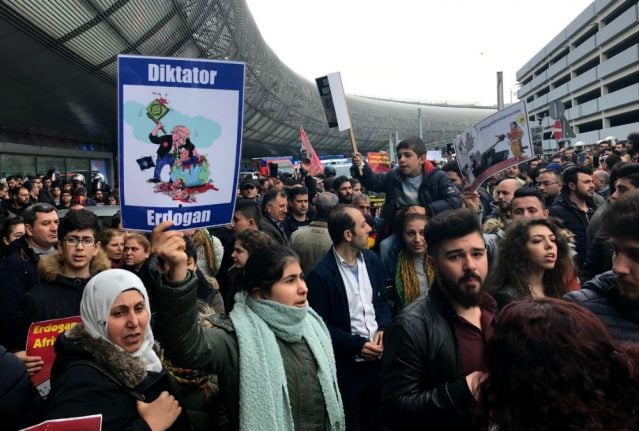 The unannounced rally of about 150 people — one of several Kurdish demonstrations in Germany at the weekend — turned rowdy and led to “a number of people suffering injuries”, federal police told AFP.

Images on social media showed the protesters holding a banner that read “Afrin is becoming our Vietnam — We will defeat fascism”.

Turkish President Recep Tayyip Erdogan has threatened to “purge” Kurdish militia from the town of Afrin as his forces and allied Syrian rebels advanced to within a few kilometres.

In the capital British police massed at the station entrance to prevent the crowd marching on to the concourse or platforms, causing service interruptions.

Meanwhile in Manchester scores of demonstrators made it onto the tracks, closing the station for several hours which led to trains being halted and impacting travellers across the country.

Superintendent Mark Cleland of the British Transport Police said: “Those involved in this afternoon's incident will be subject to intense investigation with a view to arrest and prosecution”.