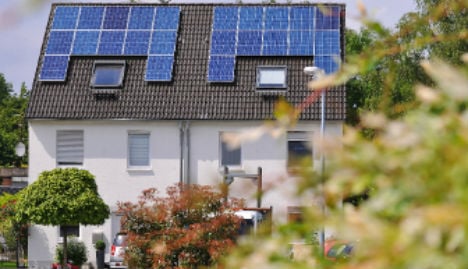 Innogy's Smart House app hels integrate solar power into the grid. Photo: Andre Laaks / innogy SE
The in-principle agreement involving asset swaps is part of a major restructuring of Germany's energy market as Europe's top economy switches from conventional to renewable power.
The aim is for EON to focus on the retail, energy networks and customer solutions business, while RWE would take over the renewables power generation of both companies.
RWE plans to sell its 76.8 percent stake in Innogy to EON in a deal that includes “a far-reaching exchange of assets and participations”, said EON, which also plans a cash offer to the remaining Innogy shareholders.
RWE would, in turn, gain an effective participation of 16.67 percent in EON. EON would also transfer to RWE most of its renewables business and the minority interests held by its subsidiary PreussenElektra in two RWE-operated nuclear power plants.
RWE would receive the Innogy renewables and gas storage business and Innogy's stakes in the Austrian energy supplier Kelag.
The deal, still subject to antitrust clearances, would also see RWE make a cash payment of 1.5 billion euros to EON. Following approval of both companies' boards, the deal was expected to be
signed shortly, said EON.
Business daily Handelsblatt said that “for decades EON and RWE were bitter rivals. Now they have agreed on a spectacular deal that will shake up the European energy market.”
Germany's energy market has been rapidly transformed since Chancellor Angela Merkel announced a phase-out of nuclear power after Japan's 2011 Fukushima disaster.
Under the country's “energy transition”, Germany has raised the share of solar, wind and other renewables to about one third of electricity production.  As wholesale power prices have dropped, the big utilities have been forced into an ongoing process of restructuring.
EON has spun off its fossil fuel operations and invested heavily in renewables, while RWE remains the biggest power producer and still operates major coal-fired plants.
Url copied to clipboard!