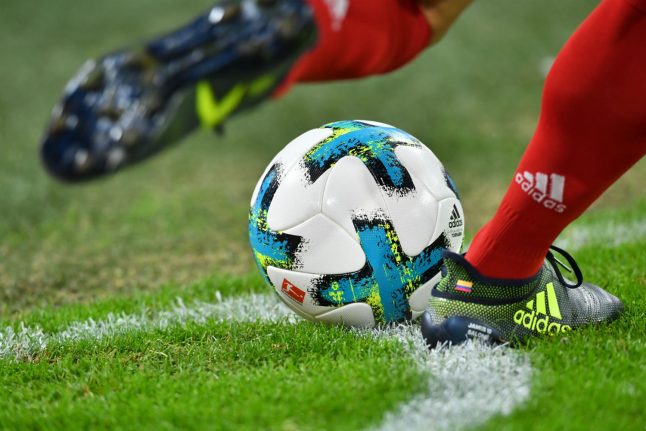 Let’s just say that things could take a while. That’s why (thankfully) some smart German once decided that their language was totally impractical and decided to invent the first Abkürzung (or Abkü as we at The Local like to call it).

Abkürzungen are abbreviations which Germans often create in a rather novel way by leaving in the vowels, creating quite pleasing results.

Thus, people who need to present a credit rating hand in their Schufa, not a Schutzgemeinschaft für allgemeine Kreditsicherung. And if they are lucky they will be able to move into a WG, not a Wohngemeinschaft.

Some of these Abkürzungen have even made it into English, meaning we use them while having no knowledge of the real meaning.

Here are some of our favourites.

The Gestapo and SS

Even Anglophones with no knowledge of German whatsoever tend to have a smattering of Nazi and military German. Thus, if you were to say “Hände hoch” or “Achtung” on the streets of a English town, you would probably make yourself understood (even if those nearby might be somewhat confused).

The names of Nazi institutions are also common knowledge in the English-speaking world. We all know that the SS were Hitler’s crack troops and the SA were his street goons.

What fewer people know is that SS stands for Schutzstaffel, meaning protective squadron. Originally called the Saal-Schutz, they took on the new name in 1925 under the suggestion of Hermann Göring.

Another word that many people outside Germany probably don’t even realize is an acronym is Gestapo. The name of the Nazi secret police is an abbreviation of the words Geheime Staatspolizei (secret state police).

Even the word Nazi is itself an Abkürzung, being short for Nationalsozialismus. The Nazis were not the only totalitarian German system that managed to imprint its vocabulary on the world’s consciousness. The communists who took power in East Germany at the end of the Second World War gave us the Stasi, a word synonymous with paranoia and potential betrayal by one's neighbours.

Stasi is itself an Abkürzung of Staatssicherheitsdienst, meaning the state security service.

Luckily, Germany hasn’t just given us the vocabulary of terror, it has also exported brands known for the high quality of their products.

The name Adidas has spread to every corner of the globe. What is less well known is that Adidas actually an Abkürzung for the name of the founder of the company Adolf Dassler. Adi is a common nickname for someone with the name Adolf – so the company became Adi-Das.

Haribo and other brands

Naming companies after oneself via a nifty Abkürzung was clearly all the rage back in the early twentieth century. The founder of the confectionary company Haribo, Johann “Hans” Riegel did the same when he started out in 1920. He added a little twist by name dropping his hometown, so it was HAns RIegel BOnn. The detergent company Persil took a slightly more impersonal approach, naming themselves after their ingredients: PErborate and SILicate.

Aldi founders Theo and Karl Albrecht thought they would take the best of both worlds and combined their name with what they stood for. Thus Aldi is an Abkürzung for Albrecht Discount.

It is not just acronyms that have crept into our English lexicon from German, the real meanings of which we are blissfully unaware of. Gesundheit is commonly used in parts of the US as a polite thing to say when people sneeze. This is of course correct – Germans also use it in this way. But very few Americans know that the word actually means health.

Book worms among us will also be familiar with the word bildungsroman, which is a type of novel dealing with a character’s coming of age. While many people are vaguely aware that it comes from German, few know that the word means development-novel.

And how many of us have used the word deli hundreds of time in our everyday lives and never realized it comes from German? Deli is short for the German word Delikatessen, a fine foods shop.

The word “dollar” is a fair bit older than than the American currency. It's an anglicized form of “thaler”, or the name of coins first minted in 1519 from local silver in Joachimsthal in Bohemia, now in the Czech Republic. The full name of the coins was Joachimsthaler, but they were abbreviated for simplicity's sake – a practice that, as we can see, goes back a long time.

SEE ALSO: From cheering to sneezing: a chronology of Gesundheit in the U.S.