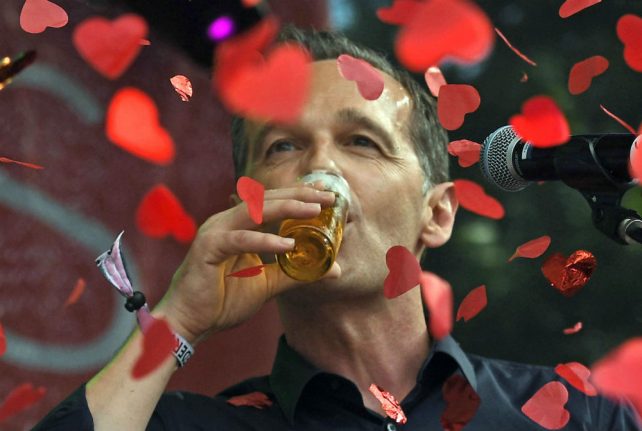 As justice minister for the past four years, the 51-year-old became a passionate crusader against extremists who have railed, in the streets and online, against Germany's mass influx of refugees and migrants since 2015.

A trained lawyer and passionate triathlete whose  partner is a German TV actress, Maas is a relative newcomer to Berlin and has even less experience in international affairs.

He takes over the job of chief diplomat of Europe's top economy from fellow Social Democrat (SPD) Sigmar Gabriel, who has fallen out of favour with their centre-left party's new leadership.

Gabriel, in farewell comments told journalists that if the widely reported appointment was confirmed Friday, he was certain Maas would “do an excellent job” once Chancellor Angela Merkel launches her new government next week.

The minister with the boyish looks was the most outspoken critic in Merkel's last cabinet of a growing populist, anti-immigration movement.

This has made him a favourite target of extremist groups such as the anti-Islam Pegida street movement, whose founder Lutz Bachmann once compared Maas to Nazi propaganda minister Joseph Goebbels.

Maas has said he was mailed a bullet by unknown foes.

He has equally taken on US social media giants on whose pages xenophobes have spread anti-immigration and anti-Semitic vitriol, targeting them with one of the world's toughest hate speech laws.

Facebook, Twitter and other online companies — which Maas said must not “become a funfair for the far right” — now have 24 hours to remove flagged posts that openly violate German law or face heavy fines.

The far-right Alternative for Germany party slammed news that the “censorship minister” will become Germany's top diplomat by declaring him the perfect candidate to “represent the desolate state of our country” abroad.

Taking over the foreign ministry — a post Merkel had to hand to the SPD under the coalition deal for her fourth-term government — represents a career jump for Maas.

But it comes at the time when the ministry has to fight for influence against the chancellery where Merkel has long set the tone in German relations with EU partners and powers such as the United States, China and Russia.

They warned that Erdogan was using “propaganda” to divide Germany's three-million-strong ethnic Turkish community and wrote that “the slow dissolution of the separation of religion and state taking place in Turkey is poison for democracy”.

Maas, a Catholic from the tiny Saarland state near the French border, is the eldest of three sons of a career soldier and a seamstress.

From the 1990s he served at the state level, twice as a minister in coalition governments.

But three failed attempts to become state premier put a dent in the image of the rising star. He was nonetheless called to the capital in 2013 to serve in Merkel's third coalition government.

READ ALSO: 'I became a politician because of Auschwitz' – meet Germany's justice minister

As justice minister, he introduced a quota for women in boardrooms and a law to rehabilitate homosexuals who were persecuted under Nazi-era laws.

Separated from his first wife, with whom he had two sons, Maas often features in glossy society magazines because of his relationship with Natalia Woermer, a German television actress.

He has been praised for his style and tailored suits, and GQ magazine in 2016 named Maas Germany's best dressed man, the first time a politician won the honour.

The Süddeutsche Zeitung daily wrote, less charitably, that Maas “indeed dresses well, but only in direct comparison with his colleagues in German politics.”