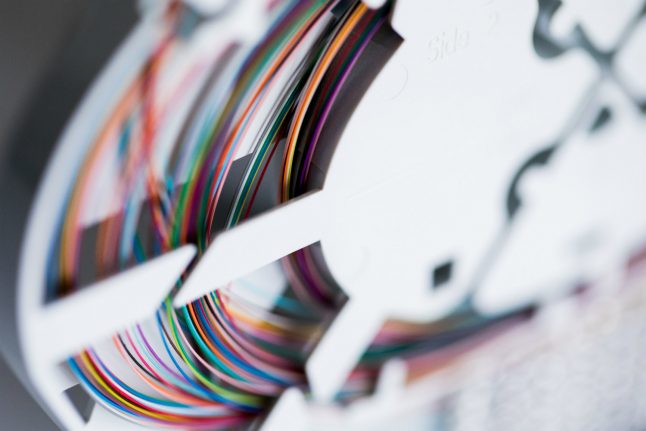 In a sign of the seriousness with which the digital revolution is being treated by Germany's government in waiting, a new position has been created in Angela Merkel's Chancellory with the specific task of coordinating digital progress across the federal government.

The role, Minister of State for Digitalization, will be taken up by the conservative Bavarian politician Dorothee Bär.

The 39-year-old told the tabloid that she had a long to-do list, naming “a comprehensive and world-class digital infrastructure,” establishing more online security, and creating “closeness to citizens through a modern, digital administration.”

Germans could be forgiven though, for remaining cynical about Bär's bold claims.

Back in 2013, Transport and Infrastructure Minister Alexander Dobrindt boasted that he would push the Bundesrepublik to the forefront of the digital game, saying “Germany needs the quickest and most intelligent [digital] network in the world.”

Four years later though, the country still has a digital infrastructure marked out by its mediocrity in international comparison.

“We have not managed to develop Germany as a whole as some other European countries such as Norway have done,” he said.

Schallbruch, who oversaw information technology and cyber security in the Interior Ministry for over ten years, is far from the only one who has raised doubts about Germany's digital ambition.

In the most recent Akamai report, an internationally recognized analysis of digital capabilities, the Bundesrepublik lags behind much poorer countries like Bulgaria in 25th place in a global comparison of average internet speeds.

While the Akamai report found that German average internet speed had increase by 9.8 percent to 15.3 Mbps between 2016 and 2017, other European countries had made significantly larger gains. Denmark, Finland and Switzerland all improved their internet speeds by upwards of 15 percent to secure spots in the top ten.

The only consolation for Germany in the report was coming second to the UK for mobile connection speeds, with an average of 24.1 Mbps. Fibre optics for all

According to the agreement recently agreed upon by Merkel's CDU/CSU and the Social Democrats, Germany is about to move out of the digital slow lane, though.

The new coalition agreement is unequivocal in its commitment to expanding fibre optic broadband, stating that “it is our objective to put fibre optic communication in every region and every community – where possible directly into homes.”

The caveat “where possible” inserted into the sentence means the government has left itself a loophole for allowing for copper wires to transport the internet over the last stretch into the living room.

Schallbruch remains sceptical, describing himself as “very pessimistic about the coalition treaty. They do not lay out the means by which fibre optic expansion will be achieved.”

He points out that just pledging more money isn't enough, as a multi-billion euro fund for broadband expansion has already been there for three years. Local governments were supposed to apply for funding from the Transport and Infrastructure Ministry.

“But it was not very successful. Only 10 percent of the fund has actually been used because the preconditions for obtaining the money are too high,” Schallbruch states.

Experts estimate that nationwide fibre optic expansion will cost between €10 billion and €12 billion. The telecommunications companies are largely expected to foot this bill, something they have been less than happy about.

Bitkom, a federal association of digital companies, claims that asking private companies to invest in fibre optics “will take away the money that is urgently needed for expanding the super broadband network for 5G technology.” Reducing the pressure on cities

For Schallbruch, expanding fibre optic broadband into smaller towns is a necessary tool for bringing prosperity back to the countryside.

“Germany has a very regional higher education system,” he says. “So even in a small town in Mecklenburg-Western Pomerania you can attend an advanced training college. But the lack of good internet limits your opportunities when you leave… as startup companies have problems getting good bandwidth.”

But if new businesses are forced into the large metropolitan areas, where life is becoming increasingly expensive, growth suffers. “It makes it harder to grow a business if a programmer can’t afford the rents in Munich, whereas they could in a smaller town,” he said.

This chimes with the results of a recent survey by the Association of Local Businesses (VKU) which found that 84 percent of businesses expected that digitalization would make living and working in the countryside more attractive.

A majority of the 300 firms interviewed by the VKU said that they believed the expansion of broadband networks would help solve Germany’s problem with a shrinking rural population, as well as allowing people to remain independent into old age.

Schallbruch warns that the gap in standards of living between urban and rural areas will only grow more if the problem is not addressed and calls for a more “hands on” approach by the federal government.

“We need to go back to how infrastructure was built up 100 years ago when rail networks were being developed. The government needs to gain real tough promises from the states on where infrastructure will be built and in what quality.”

He also warns that Dorothee Bär will have a job on her hands trying to tie up digital progress across Germany's sprawling federal government.

“I don't have a clear idea how her staff of 15 people will be able to coordinate 70 different units across the government that are involved in digital issues.”