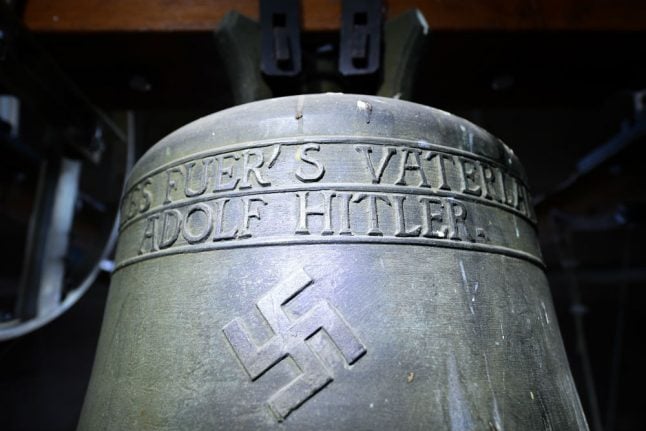 The parish council of Herxheim voted 10-3 on Monday that the bronze bell from 1934 should remain as “an impetus for reconciliation and a memorial against violence and injustice”.

The council rejected an offer by the regional Protestant Church to pay for taking down the 240 kilogram bell and replacing it.

A memorial pointing to the bell's history will now be fixed on the heritage-listed church, the Jakobskirche.

The village of just 700 people has repeatedly caught national attention for the controversial “Hitler bell” since a former church organist complained about the inscription.

Some church-goers were dismayed to find out that they had got married, baptized their children or joined other religious ceremonies and events under the Hitler bell.

Last year the former town mayor, Roland Becker, resigned over comments that appeared to defend not just the bell but the Nazi era.

Amid the controversy, the bell was silenced last September and a second one used, pending the municipal decision in the southwestern village near the university city of Heidelberg.

He presented an expert's opinion that judged the bell had heritage value and should either stay in place or be taken to a museum.

Disposing of it would represent “an evasion of a reasonable and enlightened culture of remembrance”, the expert's opinion found.

The decision by the council to keep the bell was greeted with applause from many community members, DPA reported.