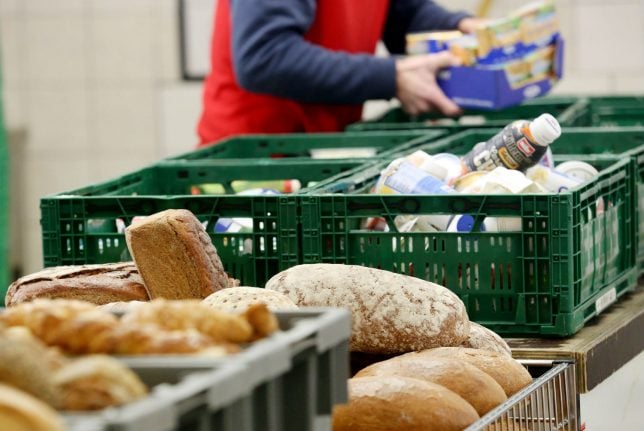 Was it racist of a food bank in the western town of Essen to only take new clients with German ID papers in order to “restore balance” between Germans and foreigners? Or has a heartless government led to the poor fighting over scraps? These are some of the accusations that have been thrown around in a vicious blame game over the past few days.

The Essener Tafel, a charity which collects food past its sell by date and distributes it to the poor, took the decision back in December to only accept new clients with German citizenship.

Jörg Sartor, the head of the charity claimed that many elderly Germans and single mothers were scared off by an increasingly aggressive atmosphere as the number of foreigners using the charity had risen to three-quarters of the total.

Sartor stirred further controversy by saying that some migrant groups shared a “give-me gene” and did not understand Germany's “queueing culture”.

His statements caused outrage among many left-wing politicians, who swiftly denounced the decision as racist.

Caren Lay, an MP for Die Linke, said “the exclusion of migrants from the Essener Tafel is unacceptable and racist. We can’t accept that the poorest people are played off against one another. There is enough food for everyone there.”

The charity also quickly felt the brunt of left-wing activist anger. Over the weekend vehicles and buildings belonging to the Tafel were sprayed with slogans including “Nazis” and “FCK NZI”.

“One shouldn’t make such distinctions, that’s not good,” she told broadcaster RTL.

But Sartor has had support, too – albeit occasionally from political circles he claims to have nothing to do with.

The far-right Alternative for Germany (AfD) said that the charity's decision was forced upon it by Merkel's “asylum chaos”, referring to the 1.2 million asylum seekers who have come to Germany since 2015.

“Who could have reckoned with an extra 75 percent of asylum scroungers at the charity who use their elbows against the weak?” the AfD wrote in a statement on Facebook.

“The food banks have become the centre of a civil war between Germans, migrants and invaders, who are miserably fighting for resources, with the weakest of the weak cut out,” the AfD statement continued.

But support for the Tafel also came from the left, with Die Linke leader Sahra Wagenknecht, decrying criticism of the charity as “sanctimonious.”

The Die Linke leader said that politicians should spend less time criticizing the food charity and more time considering their own failures, namely that the state welfare system has been hollowed out, leaving ever more people in a vulnerable situation.

“The real scandal is that there are conflicts over the division of old food in a country as rich as Germany,” Wagenknecht said. “It isn’t right that the poorest people bear the costs of migration. Not the Essener Tafel, but irresponsible government policies have poisoned the political climate.”

Sartor, for his part, has rejected the pressure put on his charity by both the right and left of the political spectrum.

“All these politicians are piling in and they don’t know what they are talking about,” he told Bild, rejecting the AfD’s assertion that immigrants had used physical force.

“I’m not going to let myself be used – either by the left-wing or the right,” he said.