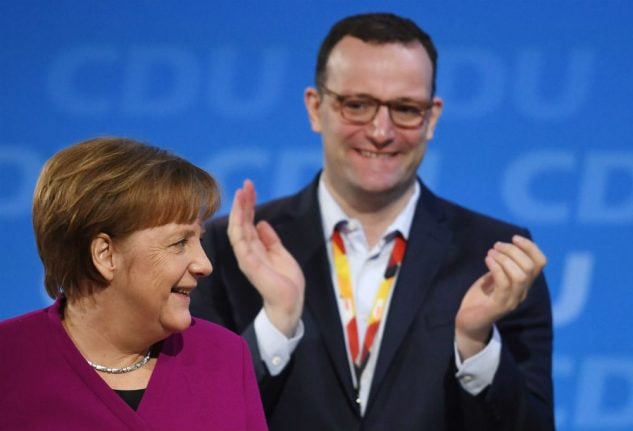 Spahn's promotion is widely seen as an attempt by Merkel to placate the conservative wing of her Christian Democratic Union (CDU) party, which felt left behind as she charted an ever more centrist course in recent years.

By offering the outspoken Spahn a cabinet post, Merkel is also bringing a key rival into the fold at a time when her leadership has been weakened by her lengthy struggles to form a coalition government after a disappointing election.

“In the autumn of her reign, the pressure on Merkel was too big,” Der Spiegel weekly wrote. “Had the CDU leader overlooked Spahn, there would have been trouble.”

Seen as the flag bearer for the right wing of the CDU, deputy finance minister Spahn has made a name for himself slamming Merkel's centrist policies, particularly on immigration.

Fiercely opposed to her open-door refugee policy, Spahn has advocated a sharp conservative shift to coax back voters from the far-right AfD, which garnered nearly 13 percent in the September election.

He has called for a cap on migration, a burqa ban and has railed against imams in Germany funded by “foreign actors”.

For the highly driven Spahn, the health ministry job will likely be considered a mere stepping stone on the path to clinching the country's top job, observers say, with Merkel expected to bow out after serving a fourth term.

But as the party's attention turns to the post-Merkel era, Spahn could face a strong opponent in Annegret Kramp-Karrenbauer, who on Monday was appointed as the CDU's new secretary general.

By installing the popular female premier of tiny Saarland state in the top party role, Merkel is — as with Spahn — responding to calls to renew the CDU with fresh, young faces.

But the move was also interpreted as Merkel essentially anointing loyalist Kramp-Karrenbauer as her heir apparent.

“The question of who will lead the CDU into the future — after some 22 years of Merkel at the helm — will likely be decided between the socially conscious Catholic Kramp-Karrenbauer and the conservative Spahn,” said Spiegel.

The tall, bespectacled Spahn was born in the western town of Ahaus and trained as a bank clerk before gaining a master's degree in political science.

In 2002, he became Germany's youngest member of parliament when he was elected to the Bundestag aged just 22.

At the time, he said his goal was “not to end up as a backbencher, but to actively help shape policies, muscle my way to the front”.

He first courted controversy in 2008 when he lashed out against plans by the Merkel-led government to raise pensions, slamming an “election gift to the elderly” that he said would cost future generations dearly.

In 2009, Spahn was named the CDU's spokesman on health policy.

In 2014, he made it into the party's executive committee where major decisions are made.

A year later, the self-described “liberal conservative” became a deputy to hardliner Wolfgang Schäuble at the powerful finance ministry.

He grabbed the national spotlight in 2016 when he openly defied Merkel at a party congress by arguing against the right to dual citizenship — and winning the debate.

Never one to bite his tongue, he became the target of online mockery last year after he complained in an interview about “elitist” Berlin hipsters who speak too much English.

A gay Roman Catholic, he played a vocal role in the fight to legalize gay marriage in Germany and tied the knot with his journalist partner Daniel Funke in December.

With a self-belief that some observers say borders on arrogance, Spahn has never hidden his ambitions.

One oft-quoted anecdote recalls how a high-school French teacher once asked a teenage Spahn what he wanted to be when he grew up. 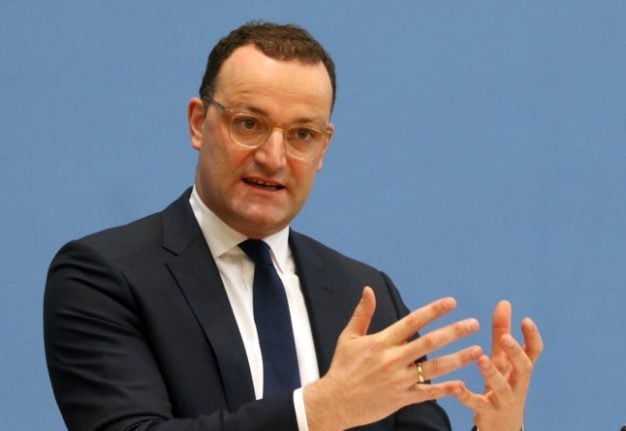 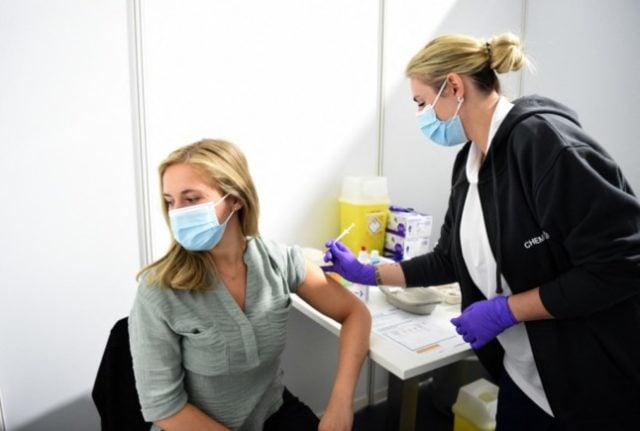