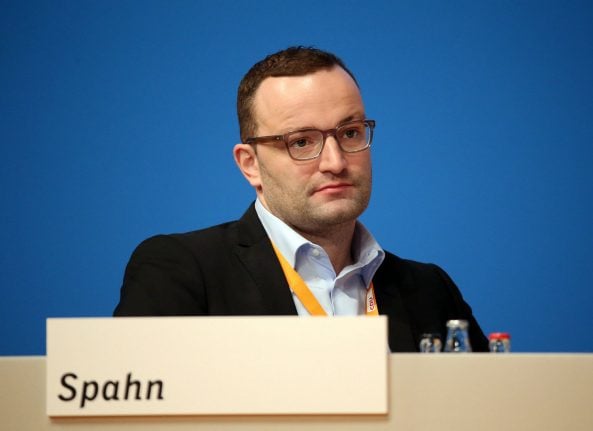 Officials from Merkel's Christian Democratic Union (CDU), the party she has led for nearly 18 years and steadily moved towards the political centre, are gathering from 0900 GMT in Berlin.

The main aim of the meeting is to give the green light to a government pact hammered out in early February with the Social Democrats (SPD) after four months of political limbo in Europe's economic powerhouse since a tricky general election.

Merkel paid a high price to break the impasse and coax the reluctant SPD back into a loveless “grand coalition”, which has ruled Germany for eight of her 12 years in power.

The deal included the CDU ceding control to the Social Democrats of the powerful finance ministry, seen by conservatives as a guarantor of budgetary rigour in Germany and the eurozone.

Merkel, once the seemingly invincible leader of her party and the nation, has looked severely weakened in recent months given her protracted struggle to put together a viable coalition for her fourth and possibly final term.

Opponents of her liberal refugee policy have grown more outspoken as the country's major parties face pressure from the far-right AfD party which has railed against a mass influx of more than one million asylum seekers since 2015.

To tamp down the rumblings, Merkel moved on Sunday to co-opt one of her most outspoken CDU critics by bringing him into her next cabinet as health minister.

'Something good for Germany'

He has also advocated a sharp conservative shift in a bid to woo back voters from the AfD, which garnered nearly 13 percent in the September election.

Announcing the new line-up, Merkel called Spahn “a representative of the younger generation” who she was convinced would play a constructive role.

“People sometimes make critical comments – Jens Spahn is not the only one and that's OK,” she said.

“Nevertheless we have the task to do something good for Germany and that's what he wants to do, just like all the other cabinet members.”

Two relatively obscure CDU politicians, Anja Karliczek and Helge Braun, are to take the education and chief-of-staff briefs respectively, said Merkel, noting that at 63 she will be the oldest member of the government.

The cabinet picks “are future-oriented – they bring together experience with new faces in a good mix”, Merkel said, but admitted it had required some “painful” choices.

Faced with calls to “renew” the party, Merkel last week tapped the popular female premier of Germany's tiny Saarland state to take over as CDU general secretary, fuelling speculation the veteran chancellor is lining up her successor.

Annegret Kramp-Karrenbauer, dubbed “mini-Merkel” by German media, is expected to be formally appointed at Monday's meeting.

A staunch Catholic who despite her centrist stance has also advocated a tougher line on migration, Kramp-Karrenbauer was also seen as a wise choice to soothe internal discontent.

Carsten Linnemann, a Merkel sceptic in the party, welcomed the personnel choices but said it must go along with a return to conservatism.

“We need to set new priorities and show a clear profile, so the CDU is recognisable again and can hold its own in a grand coalition,” he told the Funke Mediengruppe newspaper group.

The SPD still needs to approve the arrangement, with the results of a crunch membership ballot due to be announced on March 4.

If its members vote “no”, Germany faces more political paralysis and likely snap elections that would threaten an end to Merkel's long tenure.