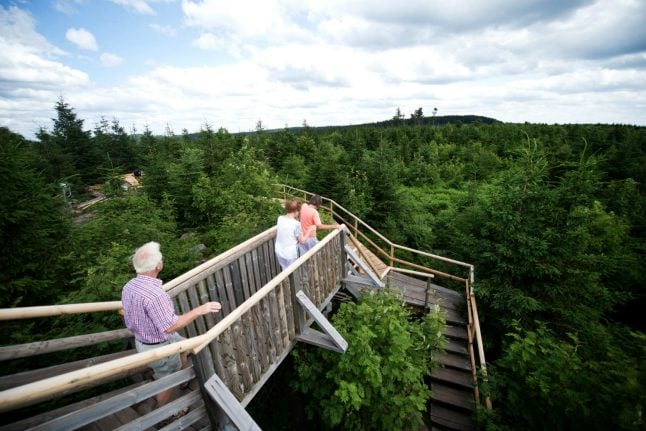 1. Sensible laws and an open society

Several readers said they valued Germany as a country with a good and inclusive legal system.

“The sovereignty of law over all and protections for all,” are what Musa Ibrahim described as Germany’s biggest strengths.

Umair Anwar wrote on Facebook that “law and order and safety, gender equality and a modern society” all made Germany “one of the best countries in the world.”

“A beautiful country, laws that make sense and the food is fabulous,” wrote Rebecca Freyler.

In a (very unscientific) straw poll we conducted on Thursday, sensible laws and an open society came out on top among 14 options, with a third of respondents saying these were the best things about living in Germany. Whether it be the world famous autobahn or inner city trams, readers seem to love the fact that it’s easy to get around the Bundesrepublik.

“There are so many things I love about this beautiful country, I don’t know where to start,” wrote Merrie Arnold-Schultz. “One thing that makes my life here so enjoyable: I’m able to walk to the supermarket, bakery etc. Not being forced to drive everywhere is absolutely fabulous and improves my well-being.”

“Let’s not forget how driving can be a pleasure in Germany with the excellent autobahn system and the skilful, courteous drivers,” Joseph Beckett wrote.

There were a couple of shout outs for Germany's funding for the sciences.

“I'm a scientist (that happens to be female) and the wonderful scientific funding and research opportunities are truly fantastic in Deutschland,” wrote Francis Kirigin. “Also … German guys are incredibly cute and the gender equality in Deutschland is incredibly fantastic. I mean, with Dr. Angela Merkel leading the country – a female scientist herself – what do you expect?” Murtada Bazo was just one of the readers who declared his love for German football.

But not everyone seems to like the top tier of German football, which is famously dominated by one very wealthy Bavarian club.

“You were doing so well up until you mentioned the Bundesliga, which makes even the Scottish League look competitive!” Colin Maclean said in response to Bazo’s post.

“I love knowing that if I or someone in my family gets very sick, in addition to the emotional stress of that time, it won't be an additional financial burden and I won't have to beg others for help,” she wrote. The country that stretches from the Alpine peaks in the south to the white cliffs of Rügen in the north was also praised for its beauty.

“The people are fantastic. Your economy is good. The food and wine and lifestyle, I was drawn to. I'm eager to go back to live. The landscape [is] by far the most beautiful. Great cars – shall I continue?” wrote Sue-Ellen Hillier.

Expat surveys often tend to find that people who migrate to Germany find it a struggle to make friends with the locals. But quite a few of our readers seem to have a rather different view.

SEE ALSO: How I made friends during my first year in Germany

“Germany is a great and lovely country. The people of Germany are filled with personality, that's way I love Germany,” Robel Berhe wrote.

“Great people, great food, everyone's basically mostly friendly to me… …I love the Bundesliga I love the atmosphere,” another reader said. Obviously the national drink got a mention in quite a few Facebook posts.

Well, Germany might not have the most functioning government at the moment, but we certainly agree with him on the bread and the beer.

Certainly a niche one here, but Rhiannon Beswick insisted the best thing about German are its goth and medieval festivals. Oh, and Deutsche Post.

Some people were less than keen to lavish praise on the land of beer and breeches, though.

Meanwhile Monica Loizzo said “I love living in Hamburg because it doesn't really feel like living in Germany.” Ouch.