Some words in the German language are so culturally specific, they just don’t exist in English.

Sure, online translators will tell you that Heimat means home, homeland, or heritage in English, but the German word is so much more complex than the meaning attached to each of these words.

When German speakers say Heimat, oftentimes it’s used to describe a sense of familiarity or belonging. Heimat can also convey associations with the landscape of one’s childhood and encompass feelings of being surrounded by family or close friends.

It's moreover a rather loaded political term in Germany, as we've recently seen with the controversial decision to create a Heimat Ministry or Ministry of Home Affairs within the Interior Ministry.

Trying to come up with an English word that conveys all the above left us stumped (and overwhelmed), too.

If you work in a large office in Germany, you might have noticed colleagues saying Mahlzeit! to you in the hallways on their way in or out of the canteen.

But contrary to what you might think, they’re neither saying ‘Meal time!’ nor wishing you an enjoyable meal – for which the German phrase is ‘Guten appetit.’

According to Langenscheidt dictionary, the term can be used before or after a meal. Wortbedeutung.info adds that it's a phrase people say to each other “often in a working environment during lunch breaks.”

Even the phrases 'Time to eat!' or 'Have a nice lunch!’ don't seem to be accurate translations of the true meaning of this German term. Plus, can you think of an English word you say to your colleagues each day from around noon to 2.00 pm? We didn't think so.

Another German word that can be tricky for native speakers of other languages to wrap their heads around is sympathisch.

While it’s true that English words such as likeable, friendly and congenial can be used in its place, oftentimes none of these terms manage to truly say what a German speaker strives to communicate when they use it.

For instance, by saying you find someone sympathisch (jemanden sympathisch finden), you could mean that you feel close to a person in the sense that you trust them or you have a good gut feeling about them.

Unfortunately though the English language doesn’t make things easy for us; no such word which encapsulates everything that sympathisch means currently exists.

This four-letter German word may be short but it packs a punch and here’s why.

While a speaker can use eben to describe a surface as smooth, level or flat, eben also signals agreement with someone else’s opinion – for instance with English words like ‘precisely’ or ‘quite’.

But the expression ‘Eben!’ takes things up a notch.

Duden dictionary defines the term as reinforcing a statement and confirming one's previous actions. Further proof that the English language simply does not have a one-word translation for the expression, according to online dictionary dict.cc, ‘Eben!’ can be a “response to a person who, while explaining why they are in agreement, mentioned facts that the original speaker had already alluded to or said.”

Don’t worry, we’re just as baffled as you are.

It’s not as simple as stating that gemütlich can be translated into English as cosy, comfortable, snug or homely. That’s because, for Germans, anything from an event to a sweater can be considered gemütlich.

Enjoying a glass of mulled wine with friends at a Christmas Market (in non-corona times), like this one in Berlin, can be described as gemütlich. Photo: DPA

While a soft chair can be called comfy, a German might describe as gemütlich a scene in which a person is sitting in that comfy chair surrounded by close friends and holding a cup of coffee with mellow tunes playing in the background.

And it's not just limited to social situations – another definition of the word refers to the comfort of a prosperous, middle-class life.

Gemütlichkeit, as defined by Langenscheidt, can mean everything from peace to leisure to easy-goingness; no such English word on the other hand precisely encompasses the vast definitions of this one word.

Whereas you might have heard young people in Germany describe someone as spießig to mean that they are stuffy, square or conservative, the word has a variety of other definitions.

One translation offered by dict.cc is narrow-mindedness. Another translation given by Linguee states that Spießigkeit can be used interchangeably with parochialism.

Wortbedeutung.info moreover defines Spießer as a derogatory word for a person who “complies with social norms” and is “averse to changes in his or her living environment.” 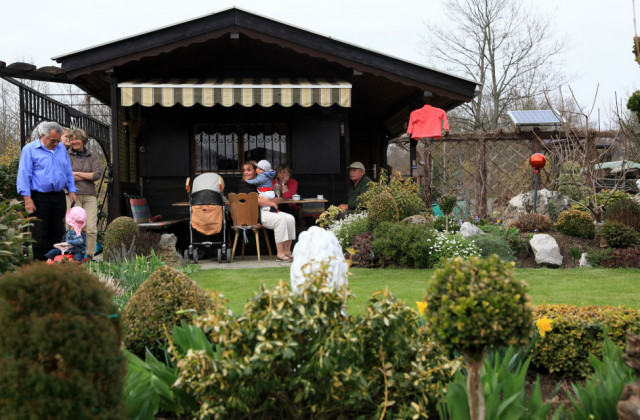 A prim and proper German allotment garden can exemplify the meaning of Spießigkeit. Photo: DPA

If you’ve lived in Deutschland for a while you may have come to notice how useful it’d be if there were a word in English to express what ‘Doch!’ does. But no, that’s just not the case.

Use of the succinct term depends heavily on context. In English you might translate it as ‘of course!’ or ‘yes!’ But, yet again, none of these terms really do it justice.

That’s because German speakers use it to contradict a negative question or statement. And the phrase that Langenscheidt gives – ‘Oh certainly!’ – would be strange or inappropriate to hear where ‘Doch!’ is used.

To round off this list, here’s a word that's very specific to German culture; in English it really can only be explained in a few sentences. 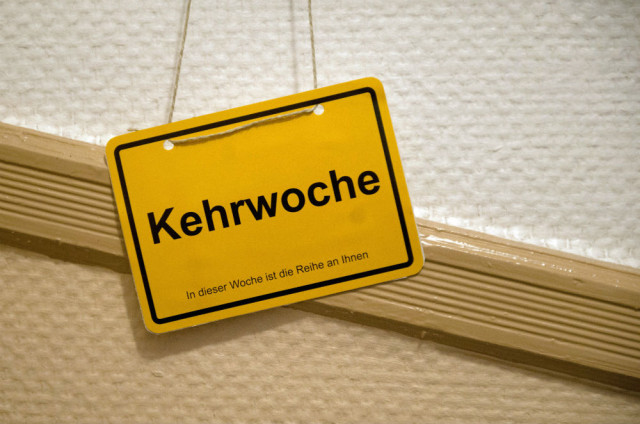 Langenscheidt gives one definition for Kehrwoche: a week for cleaning. Dict.cc gives a lengthier translation: “a rotating time period during which a resident (e.g. of an apartment building) is responsible for cleaning shared areas in and around the building such as staircases, hallways, driveways, etc.”

The word is also used in a broader sense to convey, for example, a returning week of responsibility for some communal task like cleaning a kitchen.

Leave it to the Germans to be so efficient, they even have a word like Kehrwoche which exemplifies their structured behaviour and efficiency.

Would you like to see more language related stories? Let us know