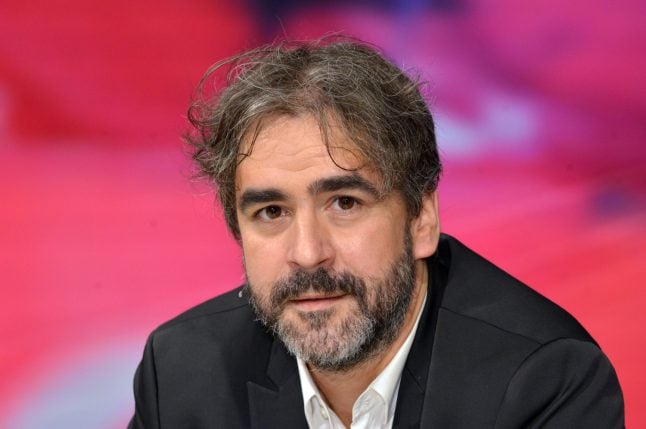 “Deniz Yücel is being freed,” the German newspaper he worked for, Die Welt, said about the 44-year-old reporter.

Turkish state media confirmed he was being released on bail from pre-trial detention. He is accused of crimes of propaganda and incitement.

The German foreign ministry confirmed that Yücel was being released, declaring itself “relieved and happy”.

Yücel's Turkish lawyer tweeted that “finally a release ruling has been made concerning my client”.

The news was cheered by Yücel's many supporters, although a cloud still hovered over the case as Turkish state media reported that prosecutors had asked for an 18-year jail sentence.

However, German Foreign Minister Sigmar Gabriel said that the court-ordered release was “unconditional”.

“We presume that he will be allowed to leave the country,” he added.

The incarceration of the correspondent has been the biggest stumbling block to rebuilding badly damaged ties between the governments of Chancellor Angela Merkel and President Recep Tayyip Erdogan.

Germany, home to a three-million-strong ethnic Turkish minority, has strongly criticised Erdogan's rights record, especially after a mass crackdown in response to a failed coup against him in July 2016.

Also detained were a number of German citizens or dual nationals whom Berlin considered political hostages.

Politicians and commentators on Friday transformed the hashtag into a celebration of the news, with Justice Minister Heiko Maas tweeting: “The best news in a long time: Welcome to freedom!”

Merkel had on Thursday told Turkey's visiting Prime Minister Binali Yildirim that Yücel's detention stood in the way of efforts on both sides to improve “clouded” relations and marked a continuing “burden”.

Speaking at a Berlin joint press conference with Yildirim, Merkel said that both sides “have an interest in improving ties — possibly on the basis of shared values, but that isn't easy right now”.

She reiterated German concerns about the rule of law in NATO partner Turkey, where Erdogan's government arrested and suspended tens of thousands of people after the failed coup.

Yildirim had repeatedly expressed “hope” this week that Yücel would soon be freed, while insisting that Turkish courts are independent.

“This isn't the case everything else turns on (in German-Turkish relations), but of course it's of great significance,” a German foreign ministry spokesman said immediately after the journalist's release was reported.

Yücel gave himself up to police on February 14, 2017 after initially taking refuge inside a German diplomatic compound in Istanbul when media reported an arrest warrant had been issued against him. He has been in custody ever since.

Relations have recently started to recover from their deep crisis after Turkey released several German citizens.

Gabriel had repeatedly discussed the Yücel case with his Turkish counterpart Mevlut Cavusoglu.

He had said Wednesday he hoped for “a positive decision soon by the independent Turkish court”.