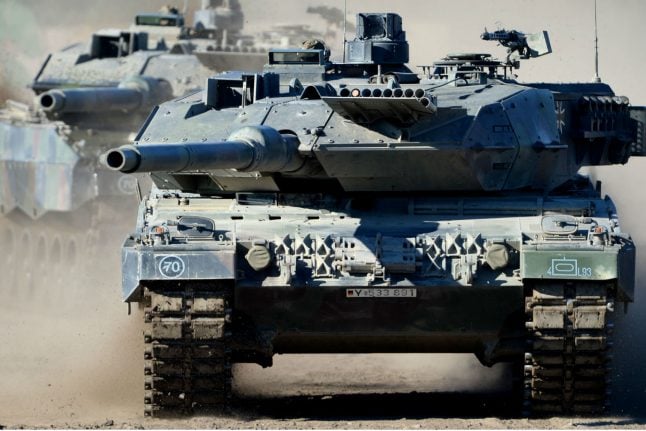 A confidential Defence Ministry document seen by the newspaper details how the Bundeswehr’s ninth tank brigade, which has been tapped to take over the NATO mission is severely under-equipped.

The brigade currently only has nine of its 44 Leopard 2 tanks available, while eleven of its 14 armoured personnel carriers are currently out of service.

The lack of vehicles is reportedly due to the fact that the military does not have enough of the necessary replacement parts.

The military will now “cover the existing shortfalls with stocks from other parts of the army” according to the document. This will mean that other battalions will no longer be able to train properly, Die Welt reports.

The Very High Readiness Joint Task Force was set up in 2014 with the mission of warding off a threat of Russian military aggression against NATO’s eastern members and is made up of 5,000 soldiers.

Germany’s lack of military readiness has been a source of embarrassment to the Bundesrepublik for years. In 2015 the standard rifle – the G36 – was revealed to lose accuracy at high temperatures, a fact which the Bundeswehr appears to have been aware of for several years.

The military has also been hit by a succession of embarrassing high-profile failures with helicopters and transport aircraft.

Poland's right-wing Prime Minister Mateusz Morawiecki suggested on Thursday, on the eve of a visit to Berlin, that Germany is a NATO “free rider” that spends too little on collective defence.

Without naming Germany itself, Morawiecki criticized alliance members that spend less on defence than the targeted two percent of GDP repeatedly insisted upon by US President Donald Trump.

A country that benefits from NATO's collective defence but spends just one percent of GDP, Morawiecki told Die Welt, is “a free rider which threatens the unity of the West”.

But building a powerful army is still not a popular policy goal among the German electorate and the Social Democrats have repeatedly voiced their opposition to hitting NATO spending targets.

READ MORE: Is the German military capable of defending Europe?