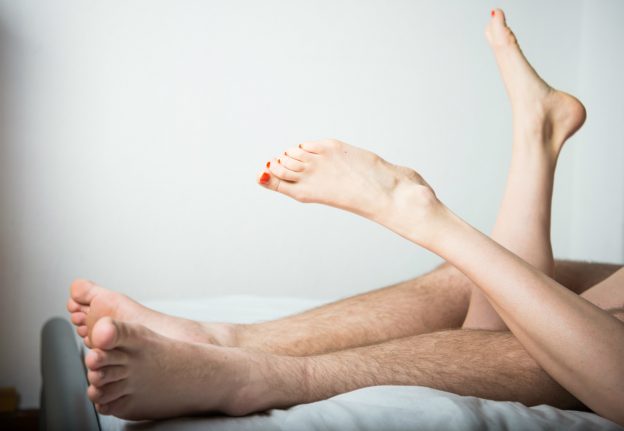 Have you ever had a problem concerning sex? Be it pain during intercourse, erectile dysfunction, loss of sexual appetite, or any other sexually-related issue – sex and the troubles that can come with it ought to be a normal part of a social dialogue.

When experiencing sex-related problems, it is vital that people be able to talk about what is going on – not only with a partner, but also with a doctor or therapist. In turn, medical professionals and those facing these questions are supposed to have the training to be able to address sexual concerns. But that isn't always the case in Germany.

University professors in the field of Sexology are scarce in the Bundesrepublik.

“The current situation in Germany is a confession of failure,” says Heinz-Jürgen Voß, a professor of Sexology and Sexual Education at the University of Merseburg.

Wherever people come in contact with one another – be it in schools, social work institutions and adult education centres – questions about body, gender, and sexuality matter, Voß argues. “This means that professionals should be trained to deal with questions about sex professionally.”

But a dearth of understanding of sexual issues is becoming increasingly apparent, especially when it comes to preventing sexual violence. “So far the developed curriculum for the prevention of sexual violence is not, or only very hesitantly, involved in education and training,” says Voß.

The University of Merseburg receives around 180 applications annually for 24 vacancies in their Masters of Applied Sexology. In this program, students learn about the legal basis of sexual education and counselling, as well as religious and cultural backgrounds. Jobs for graduates can be found in a variety of fields, including family counselling, child protection services and health departments.

A second sexual research centre exists in Hamburg and focuses on discussing sex within a medical context. At the University Medical Centre Hamburg-Eppendorf (UKE), all medical students are required to attend courses on sexual disorders and learn how to conduct conversations concerning sexual history with patients – thus learning to hold a professional conversation about sex.

“Every family doctor should be able to ask questions about sexuality,” says Peer Briken, director of the UKE's Institute for Sex Research and Forensic Psychiatry. “Research shows that patients want to be approached on such topics and not have to address them themselves.”

The chance to study aspects of human sexual behaviour is also available in Kiel (Sexual Pedagogy), in Berlin (Medicine) and most recently at the Applied University in Frankfurt/Main (Sexual Pedagogy). At other universities, sexology is only available through individual projects. “We need specialized Master's programs at three or four different locations in order to train people properly,” says Voß.

With the retirement of Volkmar Sigusch in 2006, the Frankfurt Goethe University closed its Institute of Sexology. A spokesperson claimed that this was due to a restructuring in the university's medical department and dwindling financial resources. Sigusch, on the other hand, sees the real reason for the closure as coming from the stance of conservative politicians.

“In the bulk of universities, there is not even one person who is capable of teaching a significant amount of sexology,” he complains.

The same trend can be found in the medical community. Qualified therapists with sexology training are highly sought after for patients with serious sexual disorders or illness. For this reason, Sigusch advocates for sexology specializations within the study of psychology and medicine.

Professor Konrad Weller from Merseburg considers the slow development of sexual research in Germany to be particularly paradoxical, as it is the birthplace of the field of Sexology.

The original hub for sexual research in Europe was the Institute for Sexology in Berlin, which was founded in 1919. In 1933, however, the Institute was destroyed by the Nazis and all research books were publicly burned. After the war, it took about ten years for the first university institute in Hamburg to begin such work again.

“Today, many approaches are strangely distanced,” says Weller concerning the study of Sexology in Germany. He argues that research is too often about political issues of discrimination or gender studies, “but that has little to do with sexuality.”

With regards to educational plans, Voß speaks of the greater relevance of sexual education in today's world. He adds that the situation does not look particularly better in the US than it does in Germany. “Does that not throw a sad shadow on the once enlightened West?”

READ ALSO: 100 people die in Germany each year due to risky sex practices