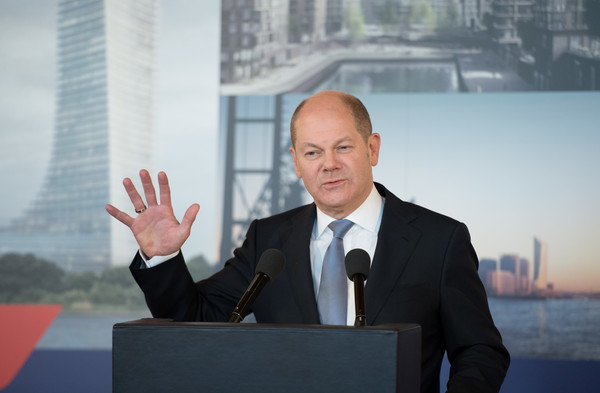 Olaf Scholz. Photo: Daniel Reinhardt/DPA
Olaf Scholz, of the Social Democratic Party (SDP) that this week struck a deal to reform Germany's so-called grand coalition government with Chancellor Angela Merkel, said Germany “doesn't need to dictate to other European states how they run themselves”.
“Mistakes have certainly been made in the past,” Scholz told Der Speigel magazine, an apparent reference to the policy of his predecessor Wolfgang Schauble, who oversaw Germany's oft-criticised massive trade surplus.
SEE ALSO: Schulz abandons bid for Foreign Ministry as SPD power struggle heats up
Germany's trading partners and international institutions like the International Monetary Fund regularly urge Berlin to spend and invest more to push up demand and indirectly boost other economies.
German officials, however, say the trade surplus reflects the strength of the “made in Germany” brand and insist there is little they can do to influence the spending of companies and individuals.
Hardliner Schauble became known in many eurozone nations for his tough stance towards Greece as it struggled to stay in the euro, and he is unlikely to be missed by the many debt-mired countries of southern Europe.
The centre-left SDP clinched a coalition deal with Merkel's CDU/CSU that gave it six ministries as well as a string of policy concessions following a disappointing showing for both parties in elections last September.
The deal includes €46 billion ($56 billion) for economic and social development, and there is hope among some economists that Scholz could loosen the purse strings of Europe's economic giant.
“The Social democrats want solid finances,” he said, adding that additional investment “would depend on additional growth and the taxes generated from that.”