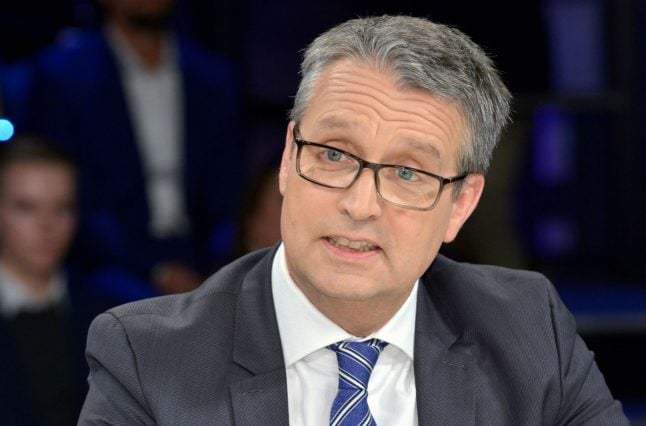 Gabor Steingart, the publisher of Handelsblatt, Germany’s answer to the Financial Times, was told by the newspaper’s owner on Thursday that he would have to pack his bags and leave the company.

Handelsblatt owner Dieter von Holtzbrinck made the decision after Steingart wrote a controversial piece in his popular daily newsletter on the coalition negotiations.

In Wednesday's edition of the newsletter, Steingart described SPD leader Martin Schulz carrying out “the perfect murder” on his predecessor Sigmar Gabriel.

He then went on to describe how Schulz would make it look like an accident so that “he will hit the floor without evidence of having been pushed.”

“When his face stops twitching Schulz will confirm the death and then lament it. Just like for every actor, crying in the final scene will be Schulz’s greatest challenge,” he added.

Coaliton talks concluded hours after Steingart's newsletter was sent out and it transpired that Schulz had indeed decided to take Gabriel's cabinet job, despite a previous pledge not to serve in a Merkel cabinet.

Nonetheless, von Holtzbrinck was less than impressed by Steingart’s satirical piece, writing a personal letter of apology to the SPD boss, according to Spiegel.

The editorial team of Handelsblatt have been left stunned by the decision. On Friday senior staff wrote a letter to Von Holtzbrinck accusing him of curtailing press freedom. According to Spiegel the business paper has been left in a state of chaos by the firing of their highly successful editorial head.

On Friday, it transpired that Schulz had not committed the perfect murder at all. Under massive pressure from within the SPD, he publicly announced that he would not take up the role of Foreign Minister.