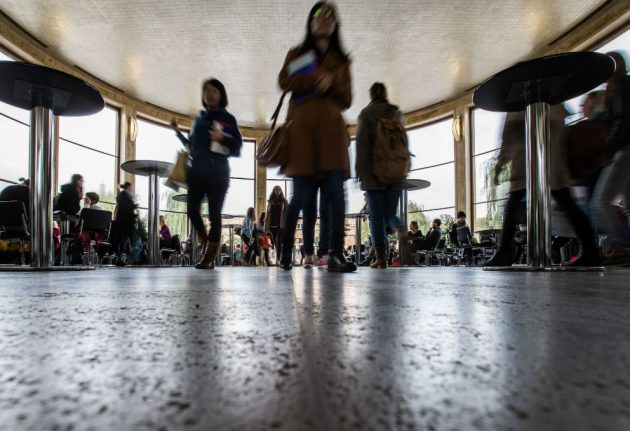 Four women have been the victims of attempted sexual assaults in or around the grounds of the Goethe University in Frankfurt since October 2017. One of the women injured herself in trying to flee from the assault and ended up in hospital. The university has now warned students that a serial attacker could be lurking around the grounds.

Police believe that one man is responsible for the assaults, with all four women giving similar descriptions of his appearance. He is said to be around 1.65 metres tall and of North African appearance. He wore a dark hoodie and spoke German with a thick accent.

Wendt, who is head of the German Police Union, said on Facebook on Saturday that the attacks mean that “the reality of life had reached the university.”

The police officer was supposed to have given a speech on the theme “Police work in an immigrant society” at the university in October.

But students and lecturers at the university accused Wendt in an open letter to the university of racism and said that he had spoken out in support of racial profiling. Wendt has rejected the claim.

The professor who invited the police union head cancelled the talk at the last minute, fearing a student backlash.

“I am anything but happy that the university has been given this reality check,” Wendt wrote on Facebook on Saturday.

“I only hope that police will be allowed to do their work – which entails detailed investigation and persistent enquiry, professional work with evidence and protecting people from further attack. And the fact that the investigation currently involves the search for a North African has nothing to do with racial profiling,” he wrote.

Wendt added that he trusted his colleagues in the police force to “know how to deal with the reality of life better than the men and women who shamefully denounced me.”

Critics of Wendt at the Goethe University claim that he is a right-wing populist whose public utterances have stoked racism. They have also argued that freedom of speech includes their freedom to protest his speech.

According to hessenschau.de, Wendt once said that “macho culture almost belongs to the DNA of Muslim societies.” He has also written that he “understands anyone who claims that Germany is no longer a state under the rule of law.”

In January, the university held a tense debate about the cancellation of Wendt’s talk. University President Birgitta Wolff said she would try and invite him again in the future, explaining that “I am not defending the decision to invite Mr Wendt, but I do defend a professor’s right to invite him.”

MUST READ: Berlin university outrages poet by erasing his 'sexist' lyrics from wall