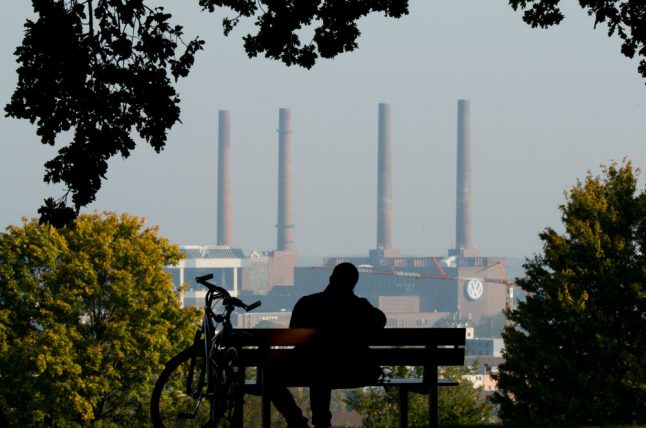 The firm’s suppression of the widely-condemned study emerged on the same day prosecutors in two German carmaking strongholds pressed forward with investigations of industry stalwarts Bosch and Audi over diesel emissions cheating.

Bild daily reported that the exhaust fumes tests on 10 monkeys that have sparked fresh public outrage following VW’s emissions-cheating scandal “were never supposed to come to light” because the results were “too devastating”.

Amid a storm of criticism over the experiment and over separate tests on German human volunteers commissioned by an auto industry-financed research institute, VW on Tuesday suspended its chief lobbyist Thomas Steg and labelled the testing “unethical and repulsive”.

The human and animal tests were commissioned by an organisation funded by VW, Daimler and BMW, the European Research Group on Environment and Health in the Transport Sector (EUGT), which has since been disbanded.

Daimler said in a statement Wednesday that it was suspending an employee who had sat on the EUGT board with “immediate effect”.

Business daily Handelsblatt reported that the suspension had fallen on the firm’s head of environmental protection Udo Hartmann.

“We will fully investigate the facts and make sure such things do not happen again,” the Mercedes-Benz maker said, insisting it did not have influence on the study’s design.

“We are appalled by the nature and implementation of the studies… We condemn the experiments in the strongest terms.”

The US study using monkeys in an Albuquerque, New Mexico laboratory, which VW said took place in 2015, was meant to show that the diesel exhaust fumes from a VW Beetle were cleaner than those from an older Ford pickup.

“This was not what the results showed at all, however,” reported Bild, citing internal study papers, despite the fact that the VW model had been fitted with a so-called defeat device that reduced emissions while testing.

The Bild report said that after four hours of exposure, blood was taken from the animals and a special endoscope was inserted into their windpipes and bronchia through their noses or mouths.

It said some of the monkeys that had inhaled VW fumes showed a higher degree of inflammation than other animals.

The new scandal follows VW’s admission in 2015 that it had manipulated 11 million diesel cars worldwide, equipping them with cheating software to make them seem less polluting in the lab than they were on the road.

Since then, suspicion has spread to other companies in Germany and abroad.

In the Bosch investigation announced Wednesday, Stuttgart prosecutors said there was “initial suspicion” that two Chrysler models, a Jeep Grand Cherokee and a Dodge Ram 1500 pickup truck, had been fitted with defeat devices.

Some “relevant acts” to the potential fraud happened in their jurisdiction, the prosecutors said.

“Bosch has supported the ongoing investigation since the allegations became known and is cooperating with the relevant authorities without limitations,” a spokesman for the group said.

Workers at the world’s biggest car parts maker are already under investigation in three separate probes by the Stuttgart prosecutors over diesel emissions from vehicles produced by Volkswagen, VW subsidiary Audi and Mercedes-Benz parent Daimler.

Italian-American group Fiat-Chrysler is under investigation in the United States and France, accused of similar behaviour to Volkswagen’s.

Meanwhile, Munich prosecutors raided the homes of six current and former Audi employees Wednesday, the second such searches against the company within less than a year following a first round last March.

Some 13 people associated with the Ingolstadt-based firm are now suspects in the probe, prosecutors said, most of them engineers.

Prosecutors are scrutinising motor development engineers closely to check whether an evidence trail leads back to the Audi board, the Sueddeutsche Zeitung daily reported.