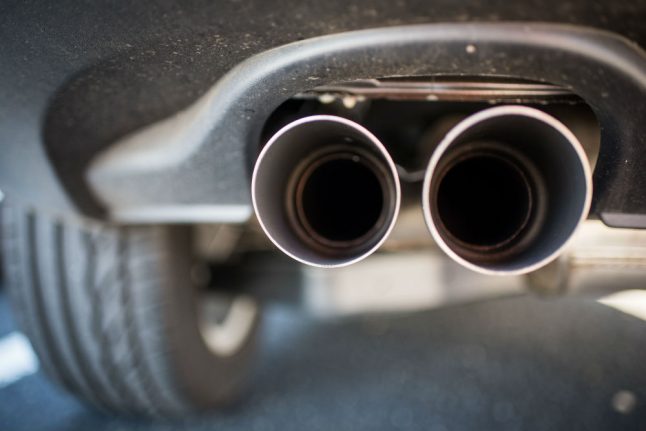 “I strongly condemn the exhaust tests,” said acting transport minister Christian Schmidt. “This has once again damaged trust in the auto industry.”

An association financed by several car companies supported tests not only with monkeys, but also with humans, according to media reports. But while the head of the study says these tests had nothing to do with the ‘dieselgate’ emissions scandal, politicians have  condemned the disclosures.

Founded by Daimler, Bosch, BMW and VW, the European Research Association for Environment and Health in the Transport Sector (EUGT) sponsored a study in 2013 in which humans were exposed to nitrogen dioxide, Stuttgarter Zeitung (SZ) and Süddeutsche Zeitung reported on Sunday.

25 young, healthy people inhaled nitrogen dioxide at different concentrations for several hours at an institute at the University Hospital in Aachen.

But according to the EUGT, which was dissolved in 2017, no effects could be determined as a result of the testing.

The head of the university institute,Thomas Kraus, moreover told the German Press Agency (DPA) on Monday that these tests have no connection to the emissions scandal.

The study took place long before the VW diesel scandal and dealt with nitrogen dioxide values comparable to that in the environment, Kraus said, adding that despite the fact that car companies supported the study, this “in no way influenced the researchers.”

Last week, the New York Times reported that investigations taking place in the US regarding the VW emissions scandal had shown that monkeys had been exposed to harmful substances during testing.

According to the newspaper, 10 monkeys in 2014 were locked in airtight chambers and left to watch cartoons as they breathed in diesel fumes from a VW Beetle.

On Sunday, Daimler reacted to both tests with “shock.” A spokesperson said that the tests were “condemned in the strongest terms” and that the company distanced themselves from the EUGT.

“Even though Daimler had no influence on the experimental setup, we have initiated a comprehensive investigation into how this could have occurred.”

“These tests on monkeys or even humans are in no way ethically justified,” said Merkel’s spokesman Steffen Seibert.

Politicians in the state of Lower Saxony, a prominent VW shareholder, are also calling for clarification of the allegations.

The state’s minister of economic affairs and VW supervisory board member Bernd Althusmann described the animal experiments as “absurd and inexcusable.”

Althusmann told the DPA that, in addition to a full explanation and a comprehensive report to be submitted to the supervisory board, he expects “hard consequences” for those responsible for these animal experiments.

Another VW supervisory board member, who is also the minister president of Lower Saxony, Stephan Weil, said: “It is disgusting and absurd to allow ten monkeys to inhale car exhaust fumes for hours in order to prove that pollution has allegedly decreased.”

VW said they take criticism of the tests “very seriously” and apologize “for the misconduct and misjudgement of individuals.”

The ‘dieselgate’ scandal got underway in 2015 when the US Environmental Protection Agency (EPA) reported that VW had installed illegal so-called defeat devices in hundreds of thousands of 2.0-litre engines in the US since 2009.

VW subsequently admitted that some 11 million diesel vehicles worldwide, including 8.5 million in Europe, had been fitted with the software and that nitrogen dioxide values had been manipulated.