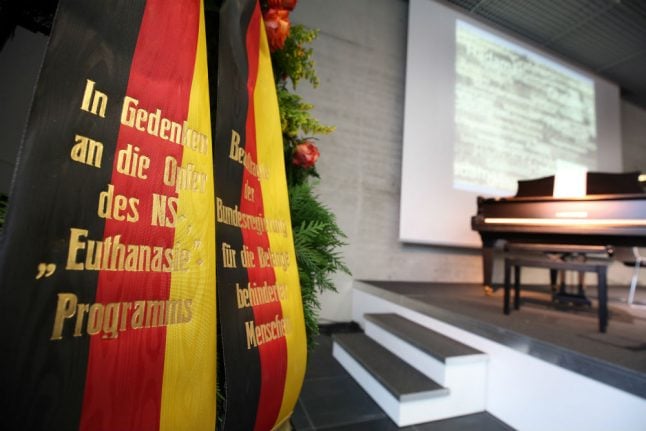 The Topography of Terror museum in Berlin on January 27th 2016. Photo: DPA

“At a time when anti-Semitic and anti-Israeli agitation are increasing on social media, on the streets and in right-wing populist parties, it is more necessary than ever to educate people about National Socialism,” Monika Grütters, state minister for culture and media, said on Thursday in regards to International Holocaust Remembrance Day on January 27th.

Interior Ministry figures for the period between 2001 and 2015 show no demonstrable increase in anti-Semitic crime. On average 1,522 anti-Semitic crimes have been recorded in each of these years. In 2015, the last year for which there are complete figures, the number of crimes was slightly lower than the average at 1,366.

Some 681 anti-Semitic and anti-Israeli crimes were recorded in the first half of 2017, reports Die Welt.

The head of the Central Council of Jews in Germany, Josef Schuster, argued in a recent interview that much more educational work needs to be done in schools to combat anti-Semitism.

Schuster told the founder of the initiative Faces of Democracy he was concerned about how criticism of Israel was spilling over into anti-Semitism.

“It is then no longer a matter of factual criticism of Israel, but Israel's right to exist is called into question, or Jews in general are held liable for the policies of the Israeli government,” Schuster said. “That's anti-Semitism.”

The International Auschwitz Committee has also warned against the increasing ritualization and trivialization of Holocaust commemoration.

According to the association, society is being challenged in a new and significant way by the far-right. Hate and intolerance are once again dominating everyday life, especially among young people, the organization claims.

On Saturday, the Lesbian and Gay Federation in Germany (LSVD) and the Foundation Memorial to the Murdered Jews of Europe will commemorate persecuted homosexuals at the Holocaust Memorial in Berlin.

The Bundestag (German parliament) is also commemorating victims of the Holocaust with a speech by Auschwitz survivor Anita Lasker-Wallfisch on Wednesday.

Germany has a culture, known as Vergangenheitsbewältigung (accounting for the past), which encourages honest reflection on historical crimes, with numerous museums, memorials and art projects across the country aimed at reminding the country of its Nazi past.

International Holocaust Remembrance Day was first introduced on January 27th 1996 by German President Roman Herzog. The day marked the 1945 liberation of the Auschwitz concentration camp. About 1.1 million people perished at Auschwitz between 1940 and 1945.