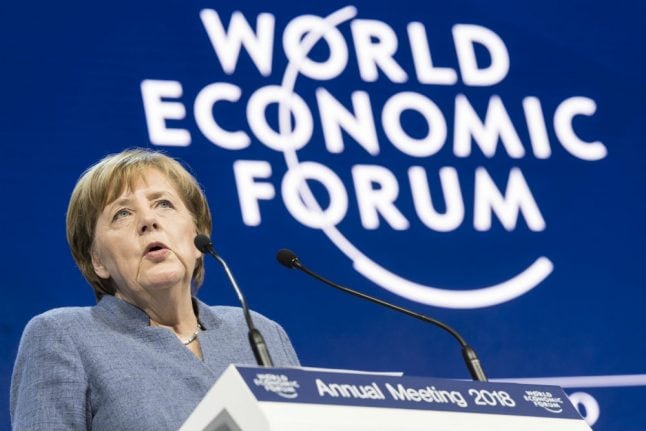 “We think that shutting ourselves off, isolating ourselves, will not lead us into a good future. Protectionism is not the answer,” Merkel said in a speech in the Swiss resort.

She spoke a day before the arrival of the US president whose aggressive trade policies have raised concern among defenders of globalization.

“Let us not shut off from others, let us keep pace with the best in the world and let us canvas for this multilateral approach,” Merkel said.

She had dragged herself away from fraught efforts to form a new government at home in Germany and took the stage at the World Economic Forum a day ahead of Trump's arrival.

She added her voice to other world leaders at the summit to defend the liberal international order after a year of protectionist rhetoric by the US president.

He is scheduled to close the annual Davos conference with a speech on Friday.

French President Emmanuel Macron was due to speak later on Wednesday.

Top US officials said Wednesday that his trip was intended to defend US interests while also promoting international ties.