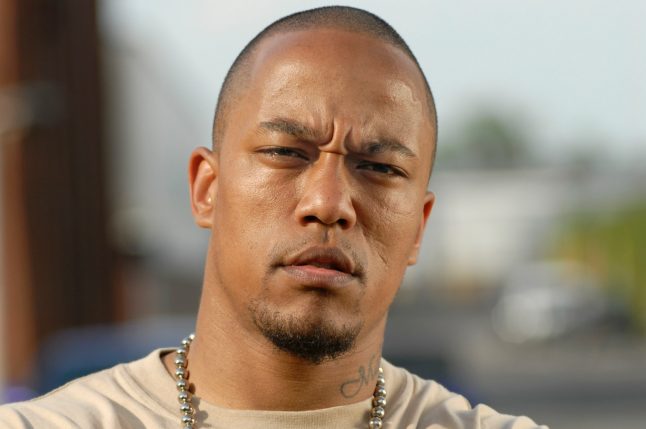 A German rapper turned Islamic State fighter who reportedly married the FBI translator hired to spy on him has been killed in an airstrike in Syria, a US-based monitoring group has said.

Denis Cuspert, who performed under the stage name Deso Dogg, became one of the extremist group's most famous Western fighters, appearing in numerous propaganda videos including one that apparently pictured him with a man's severed head.

The German-Ghanaian was killed on Wednesday during an airstrike in the town of Gharanij in Syria's Deir Ezzor province, said a statement from the pro-Isis Wafa' Media Foundation translated into English by the SITE monitoring group.

The jihadist group also posted eight graphic photographs on the Telegram messaging app that it said were of his bloody corpse, SITE said.

Cuspert's death has been reported before, including by the Pentagon which announced he had been killed in an airstrike in Syria in October 2015. It later acknowledged he appeared to have survived the attack.

Jihadist sources in April 2014 also said Cuspert had been killed in Syria but they later retracted the claim.

Daniela Greene, an FBI translator with “top secret” security clearance, allegedly sneaked off to Syria in June 2014 to marry Cuspert after she grew attracted to the extremist while spying on him, according to US court documents.

Greene, who was arrested on her return to the US less than two months after travelling to Syria, pleaded guilty to “making false statements involving international terrorism” and served a two-year prison sentence.

Cuspert had pledged an oath of loyalty to Isis leader Abu Bakr al-Baghdadi and was a chief recruiter of German fighters.

US officials have said Cuspert had made threats against former US president Barack Obama and US and German citizens, and had also encouraged Western Muslims to carry out Isis-inspired attacks.