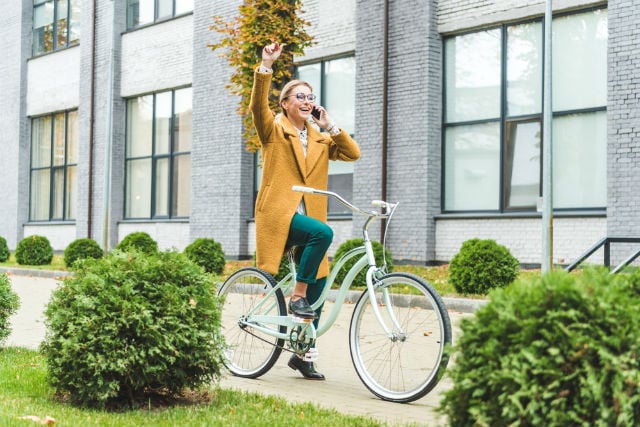 It’s around this time of year — as the guilt of too much glühwein and stollen lays heavy on your mind (and other body parts) — that most people are manically acting on their new year’s resolutions.

Perhaps you’re writing a sci-fi adaptation of Milton’s Paradise Lost or maybe you’re going to learn Mandarin by the end of the month.

Whatever resolutions you’ve made, hopefully they won’t fall into the 80 percent destined to fail by February.

There is a fairly simple solution to this bleak statistic. Make new year resolutions you can actually keep! And in light of the overindulgence that has inevitably occurred over the past month, give your poor body some of the TLC it deserves.

Here are some achievable new year health resolutions that every expat living in Germany should make in 2018.

Out of the 80.6 million people living in Germany, around 75 percent own and regularly use a bicycle. If you aren’t already, make 2018 the year you become one of them!

Cycling is one of the best ways to get around in Germany and most of the cities have dedicated bike lanes. Not only does cycling boost your fitness, it’ll also save you money on public transport, and it’s just generally better for the environment.

Find out about BDAE's health insurance packages for expats

It’s a great way to work off December’s excesses, and the good news is you don’t have to cut out beer entirely! While you cycle your way into shape, switch the pilsner for a Radler — the word even means “cyclists” in German!

The half-beer-half-lemonade drink (also known as a shandy in some parts of the world) was invented in the early 1920s by an innkeeper in the German town Deisenhofen. The savvy landlord thought on his feet when a group of cyclists arrived at his establishment and he feared he’d run out of beer. He mixed what he had with lemonade and the rest is history!

Time for a checkup? When you relocate to Germany, there’s an extraordinarily long list of things to sort out. From finding somewhere to live and registering at your local Bürgeramt, to picking up some of the local language and understanding the cultural nuances. Frankly, it can all be a bit overwhelming.

Something often on the to-do list that gets left until last is registering with a doctor’s surgery. After all, if there’s nothing wrong why waste time with the admin? Instead you could be out exploring your new country with a bratwurst in hand!

This year, make it your resolution to finally tick it off your list.

Find a doctor in the yellow pages (Gelbe Seiten) or check out MedKolleg, an English-language health provider directory where you can look up doctors by speciality and region. Embassies often maintain a list of English-speaking doctors, so if that’s a concern you can always get in touch and ask for help.

Find health insurance that suits you

If you haven’t made the move yet, then you should know that without health insurance you won’t be able to apply for a German residence permit.

For those of you with a job lined up, a percentage will be taken from your monthly wage so you can access Germany’s state-run healthcare system. But if you’re in Germany for any other reason — studying, freelancing, or perhaps just for fun — you’ll need to arrange your own health insurance.

And you don’t want to make a rushed decision. After all, when living abroad the health insurance you have can mean the difference between getting the care you need straight away or going through a potentially expensive and traumatic experience.

BDAE offers several insurance packages designed specifically for foreigners in Germany. Even if you already have health insurance, you may find that one of BDAE’s options suit you better. Click here to find out more. Moving abroad is exciting and enriching. However, it can also be challenging and coping with the stress of the relocation is much harder without your support network.

If you find yourself struggling with expat depression, there are ways you can combat it. This year, approach your mental health head on — make sure to get enough sleep, carve out time for exercise, and cut back on the booze.

You can also focus on building a new network by joining groups and meeting new people — it can seem like a lot of effort but it pays off. And it means that when 2019 rolls around you’ll have a whole new group of friends to celebrate with!

This article was produced by The Local Client Studio and sponsored by BDAE.