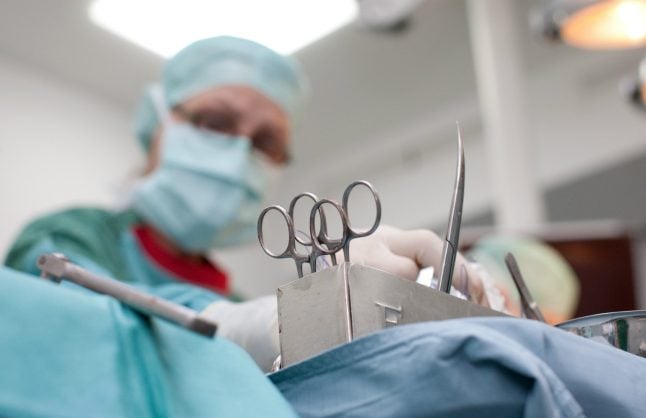 I wouldn’t call myself a total noob in Germany; we made the move here from Singapore more than a year ago. But two months ago, we relocated 300 kilometres north of where we’d been, and in between the unpacking and getting acquainted with our new neighbourhood, we hadn’t had time yet to see to the nitty-gritty administrative details of life – such as locating a Hausartz.

For that reason, I’d stupidly ignored a strange bubble-like swelling under my skin, hoping it would subside with warm compresses and soothing balms. It didn’t, and soon, I was hobbling like an old lady and wincing in pain each time a breeze so much as tickled me across the affected area.

It was a Friday night, and I didn’t fancy the idea of starting the weekend with a trip to the emergency room. But my husband, concerned about the growing cyst, bundled me into the car and drove me straight to the nearest Krankenhaus.

In the emergency room

Sinsheim, with a population of 36,000, isn’t a big city to begin with. But given its proximity to Heidelberg and considering that it was a Friday night, I was expecting the hospital to be overrun with hordes of the sick and injured. The reality, however, was different. In actual fact, there were no more than three patients ahead of me in line.

Registration was swift, and after a 45 minute-wait, I was ushered in to see the emergency doctor on duty. My German is still nowhere as good as I would like it to be, and it was certainly in no condition to handle complicated medical talk. So I was relieved when my doctor easily made the switch to English and put me at ease.

“Can’t you just lance it now and drain it?” I asked, hopeful that my weekend could be salvaged. Unfortunately, my doctor was still in-training, and because it was after office hours, there was no one who around who was qualified to perform the procedure. Even then, because the cyst was located in a sensitive area, it was likely that I would need more than just a simple slice and cut.

She sent me home with some antiseptic salve, and advised that I should return on Monday morning for another consultation.

I spent the weekend howling in pain and behaving like a sick puppy, and come Monday morning, I obediently made my way again to the emergency room. I wasn’t optimistic. Considering that the cyst wasn’t life-threatening, I wasn’t sure the hospital would schedule a same-day surgical procedure.

The wait turned out to be a little longer that morning – a build-up of patients from over the weekend, I was told. Still, I found myself in the consultation room within no more than an hour. This time, the doctor was an elderly man, clearly more senior and experienced. Hard luck for me, though. He didn’t speak English, and I was forced to describe the problem using my limited German.

Sensing my discomfort, he whipped out a notepad and began sketching a series of diagrams to explain the recommended surgical procedure. “Sofort?” I asked, confused, expecting to be sent home and given an appointment later in the week.

“Heute,” he confirmed. With that, a nurse bustled into the room and proceeded to draw blood and place a catheter in my arm.

I was given a surgical procedure questionnaire to fill out and a stack of consent forms to sign, but how was I to make any sense of all that German medical gobbledygook! Not to worry. I was provided translated copies, and for the one form without an English version, a kindly staff nurse patiently explained its contents to me in simple, baby German.

After a consultation with the anaesthesiologist, I was shown to the day ward and to my bed, and given a hospital gown. Now, this was where it got uncomfortable. There were six beds in the room, three of which were already occupied. Yet there was no private changing area and I had little choice but to strip into hospital garb before a room of strangers.

After the initial awkwardness, however, I settled into bed and a short while later, found myself being wheeled into the surgical room.

This would be my first surgery, my first experience going under general anaesthesia. If I was nervous, it showed, and I watched the surgical prep nurse with an eagle eye. “Schlafe ich jetzt?” I asked each time she made a movement. Slowly, I felt myself growing heavier and heavier, and then…

“Frau Tong? Frau Tong?” I woke to the anaesthetist whispering urgently in my ear.

I stared at the lights above me. “Sind wir noch in Deutschland?” I asked, confused. The medical team watching over me chuckled, reassuring me that yes, I was still in Germany and that the surgical procedure had gone well. They wheeled me into the recovery area, and after I’d finally shaken off my grogginess, I was taken back to the day ward.

In true German fashion, my recovery meal was a pair of würstchen, a brötchen and lots of mustard. “Schmerz?” asked the ward nurse. “Kein schmerz,” I said. In fact, apart from a little soreness, I was feeling just fine. The ward doctor came to visit a few minutes later, and after a quick exam, prescribed some painkillers and pronounced me good to go.

It had just been seven hours since initial registration in the morning to my discharge from day surgery. In addition, the cost had been fully paid for with my public insurance plan. If my experience is an accurate reflection of the healthcare system in Germany, I’ve got to say, it’s pretty darn good!

PARTNER CONTENT
Protect yourself from the rising costs of living 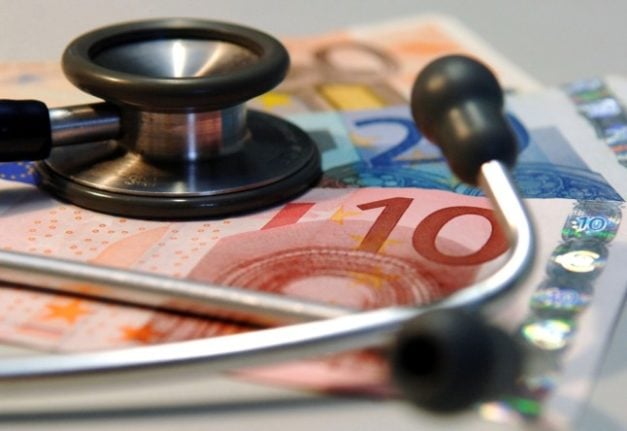 According to a study by the comparison portal Check24, around 21 million people with statutory health insurance (gesetzliche Krankenversicherung or GKV) have had to pay higher contributions since the beginning of the year after several organisations raised their additional contributions.

A total of 19 of the 97 statutory health insurance providers in Germany have increased their additional contributions, the comparison portal found.

It means more than a quarter of the 73 million people with statutory health insurance in Germany have to pay higher additional contributions.

According to Check24, the higher additional contributions can cost an insured person in the most expensive case an extra €261 per year.

Customers affected receive a letter in the post letting them know when their contributions are increasing. Health insurance providers justify raising their rates by pointing out rising costs in the health and care system. The pandemic has also put significant strain on providers.

The contribution went up to 1.2 percent from 0.7 percent. Average earners saw additional monthly costs of about €10 extra, while self-employed people had to pay up to €288 more per year.

TK has not raised its rates this year.

Can you switch health insurance?

If your health insurance company increases the additional contribution, those insured have a special right of termination until January 31st, 2022.

They can apply for the change up until this date, and they will then become a member of the new health insurance provider from April 1st after the statutory two month change-over period has expired.

Insured people also have the right to change their statutory health insurance fund every 12 months.

The cost of public health insurance in Germany is a fixed salary percentage of 14.6 percent, while the reduced contribution rate for employees without entitlement to sick pay is 14.0 per cent.

Beyond that, however, health insurance providers set an additional contribution.

The contribution assessment ceiling for statutory health insurance (GKV) – up to which contributions are levied – remains unchanged at €58,050 per year in 2022, as in the previous year.

Check24 said that switching providers can save employees up to €624 per year depending on their income.

Self-employed people pay both the employee and employer contribution and can therefore save up to €1,248 euros per year by switching, the analysis found.

However in a representative YouGov survey only 11 percent of respondents in Germany said they had recently changed their insurance provider or would do so in the foreseeable future.

Most of the benefits provided by statutory health insurance organisations are identical.

However, there are some differences in the voluntary benefits, including dental health (professional dental cleaning and discounted dentures), vaccinations (flu vaccinations for under 60s and travel vaccinations), various cancer screening examinations and osteopathic treatments.