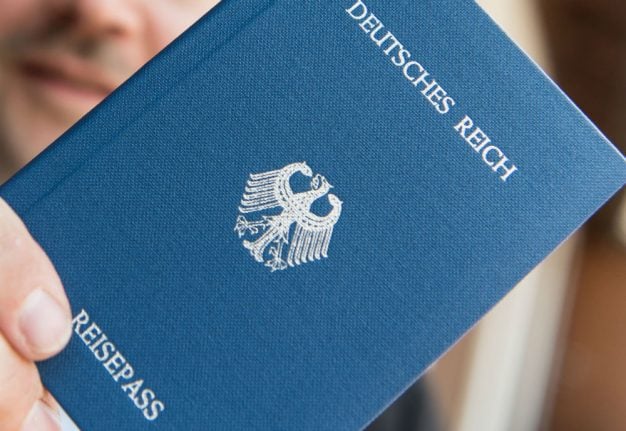 Meanwhile at the beginning of 2017, officials had counted 10,000 members of the far-right group – meaning that there was an increase of over 50 percent within one year, Focus newspaper reports.

The biggest scene is in Bavaria, where the authorities counted about 3,500 “Reich citizens.” This is followed by Baden-Württemberg with 2,500 and North Rhine-Westphalia with 2,200. Further down are the states of Lower Saxony with 1,400 and Saxony with 1,300.

But the Reichsbürger movement has existed in Germany and beyond for decades.

Since the 1980s, the movement has consisted of a loose association of fragmented groups across the country that agree more or less that the Federal Republic of Germany is not legitimate. They instead believe that entities like the German Reich or even Prussia ought to still exist.

Affiliates often circulate conspiracy theories among themselves – such as that Germany is an American colony – and they are also often linked to right-wing extremism.

The leader of Germany's BfV domestic security agency told the German Press Agency (DPA) in January 2017 that, of the estimated 10,000 Reichsbürger across the country at the time, about 500 to 600 of them are considered right-wing extremists.

He also noted that the movement is diverse in their ideologies, with some creating their own communities rather than referring to a German Reich.

Now, a group within the scene has plans to build its own army, the Focus report outlines. Reich citizens from several states at a secret meeting in the east of the country have been involved in the setting up of a military organization, security officials reportedly confirmed.

More than 1,000 Reichsbürger also have a licence to bear arms, the report states. Security experts are concerned that the group possesses a large number of legal and illegal weapons.

Following a series of violent incidents and suspected plots in recent years, the Reichsbürger movement has been increasingly creating more concern for Germany's security officials.

Reich citizens are monitored nationwide by the Office for the Protection of the Constitution.