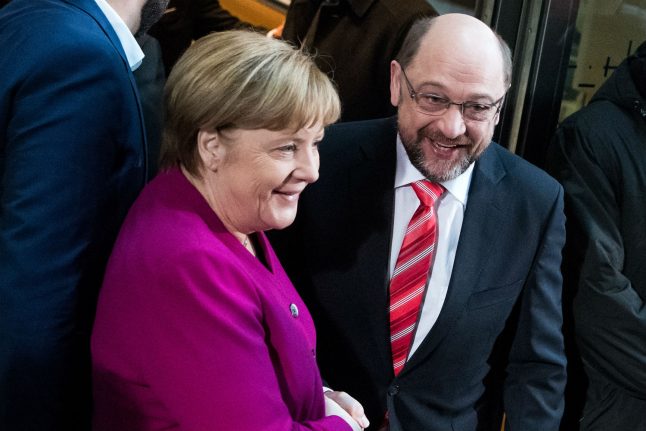 The Christian Union (CDU/CSU) and Social Democrats (SPD) are taking small steps towards reforming a “grand coalition” – the same government Germany has had since 2013. But by the time a “GroKo” is formed – if indeed it comes to that – it could be March.

Who cares? you might say. The economy is still booming. Perhaps Germany can get on just fine without Angela Merkel and her colleagues meddling in people's affairs.

But it's not that simple.

No new federal budget can be approved before the country has a new government. As long as this is the case, provisional budgetary management will continue to apply, and this sets limits on the Federal Government. And the impact will be felt all the way from sports to universities.

During their last stint in office the grand coalition of SPD and CDU/CSU pledged significantly more money for top-class sport, but this promise has not yet been honoured. So far only subsidies on the level set in 2017 are available. Additional measures such as training camps to prepare for the 2020 Olympic Games are yet to be approved. Meanwhile, the final decision on the planned new national sports training centres has not yet been made due to the open situation in Berlin.

Interior Minister Thomas de Maizière (CDU) pointed out in November that promised new jobs in the police service can only be created with a new budget. Furthermore new training capacities need to be set up to cope with an increase in police recruits. Ministry spokesman Johannes Dimroth recently said that “it is quite clear that the fact that we are in the provisional financial management phase will have a greater impact here and that the longer this process lasts, the more difficult it will be.”

The lack of a new government means that key decisions cannot be made on infrastructure projects. The Federal Association of German Industry (BDI) and the German Construction Industry Association have both said that a lack of political leadership will delay investment in traffic routes, the broadband network and energy networks.

Without an effective government in Germany, a lot of things are also hanging in the air in the EU. According to Budget Commissioner Günther Oettinger, negotiations on the multi-billion euro EU financial framework for the next decade are to begin as early as the second half of the year. French President Emmanuel Macron is still waiting for a response from Germany to his autumn reform proposals, including a separate eurozone budget and a European Finance Minister.

Seven foreign deployments of the Bundeswehr are currently pending, including the NATO mission in Afghanistan and participation in the fight against Isis. The mandates of the missions are set to expire, which is why the Bundestag extended all seven missions by three months in December to provide security for soldiers and allies. But no decision was made on troops, orientation and mission. The discussion will be back on the table at the end of March.

Institutions that depend on funding have complained that the absence of a government is holding up funds.

“It is not only the approval of projects that is delayed,” Hugo Hämmerle, spokesman for the Innovation Alliance in Baden-Württemberg, told DPA. “These are excellent projects that have been positively assessed and promised since June 2017 – but we cannot go any further because the funds cannot be released. This is making it impossible to finance highly qualified personnel.”

The Association of Universities of Applied Sciences is also getting impatient.

“Universities are waiting for solid basic funding that will enable them to improve their quality while retaining a high number of students,” they said in a statement.