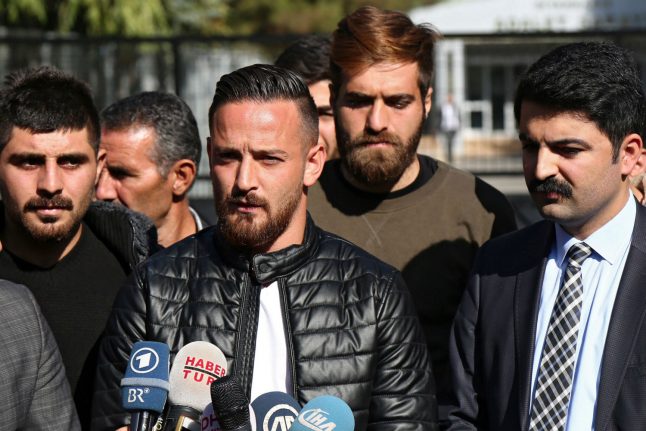 The German-Turkish professional footballer Deniz Naki has claimed that he was shot at while driving down the autobahn in North Rhine-Westphalia on Sunday evening.

According to Naki's account, the shots were fired from a black station wagon, which was driving behind him on the left-hand lane.

“I immediately ducked away and rolled the car right onto the hard shoulder. I was scared to death,” the 28-year-old told Die Welt.

Pictures taken by Naki after the attack and published by Die Welt show bullet holes at the window and near a tyre of the car.

The police in Aachen have announced that a shot was fired at a driving car on the Autobahn 4, leaving the driver unharmed. But they have not yet identified the driver.

Public prosecutors are now investigating a case of attempted murder.

Naki grew up in the town of Düren in North Rhine-Westphalia and once played for FC St. Pauli and SC Paderborn, as well as appearing for the German U21 team alongside Mats Hummels and Jerome Boateng.

He is currently under contract with the Kurdish club Amed Sportif Faaliyetler, which plays in the third league of Turkish football. He was sentenced to 18 months probation in Turkey in May last year on charges of spreading terrorist propaganda for the banned Kurdish Workers' Party PKK.