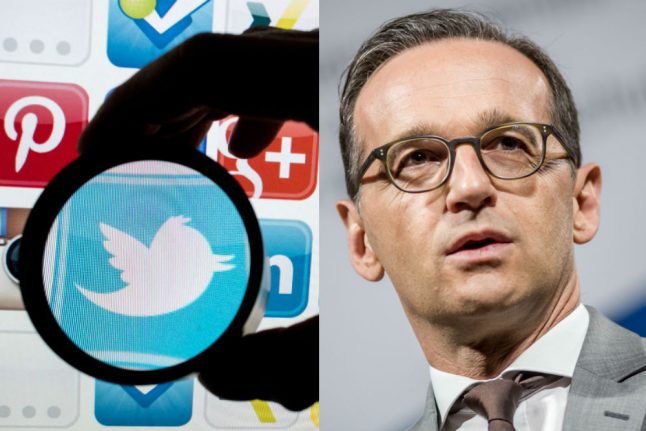 The tweet dated back to 2010, when Heiko Maas was not yet minister.

In the post, he had called Thilo Sarrazin, a politician who wrote a controversial book on Muslim immigrants, “an idiot”.

Maas told Bild on Monday that he “did not receive any information from Twitter about why the tweet was deleted, or whether it would be deleted from Twitter.”

But he added that “there are things that I would no longer tweet today.”

“I've learnt that over the years,” he said.

A new law that came into force on January 1st requires social media giants to remove hate speech and other illegal content, or risk fines of up to €50 million ($57 million).

Germany meanwhile signalled on Monday it was open to amending the controversial law which combats online hate speech.

Government spokesman Steffen Seibert said an evaluation would be carried out within six months to examine how well the new law was working.

“It's best to conduct the evaluation with an open mind, and then we'll see what experience can be drawn from it, what impact and then all that would be weighed up,” he told reporters.

The country adopted the measure, one of the toughest in the world, after a surge in racist and incendiary speech online, particularly since the arrival of more than one million asylum-seekers in Germany since 2015.

Far-right politician Beatrix von Storch became the first high-profile individual to run afoul of the new rules, and saw one of her posts deleted from both Twitter and Facebook.

“What the hell is going on with this country? Why is an official police site… tweeting in Arabic?” she wrote. “Did you mean to placate the barbaric, Muslim, gang-raping hordes of men?”

But critics of Maas' new law argue that it stifles freedom of speech.

Maas' party, the Social Democrats, however are holding firm.