Winter is here, so it's time to stock up on carbohydrates for the cold months ahead (not that you don't already do the rest of the year).

Luckily German cuisine is synonymous with heartiness. Here are ten of the best dishes the country has to offer when it's chilly and snowy out. 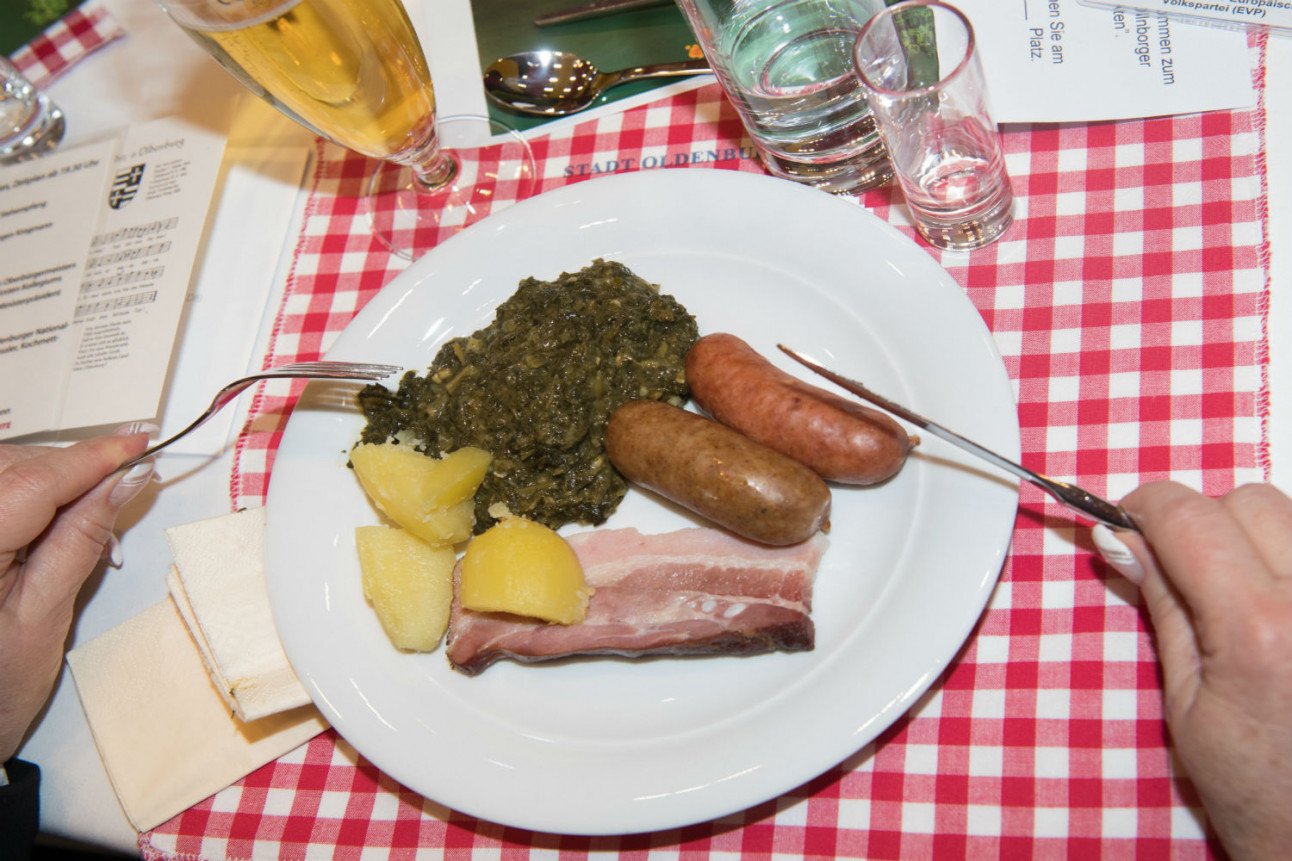 Alternatively known as ‘Braunkohl,’  this dish is an integral aspect to traditional cuisine especially in northern Germany.

Made with kale (Grünkohl translates to ‘green kale’), potatoes and sausages or Kasseler (cured pork steak), the dish is heavy indeed - but oh-so-heart-warming!

Since kale in the country is harvested after the first frost of the year (which allows it to develop its unique, sweet yet somewhat bitter taste), restaurants will likely be serving this dish until at least February (even to-go in winter 2021). Added bonus: kale has one of the highest levels of vitamin C and folic acid compared to other winter vegetables. 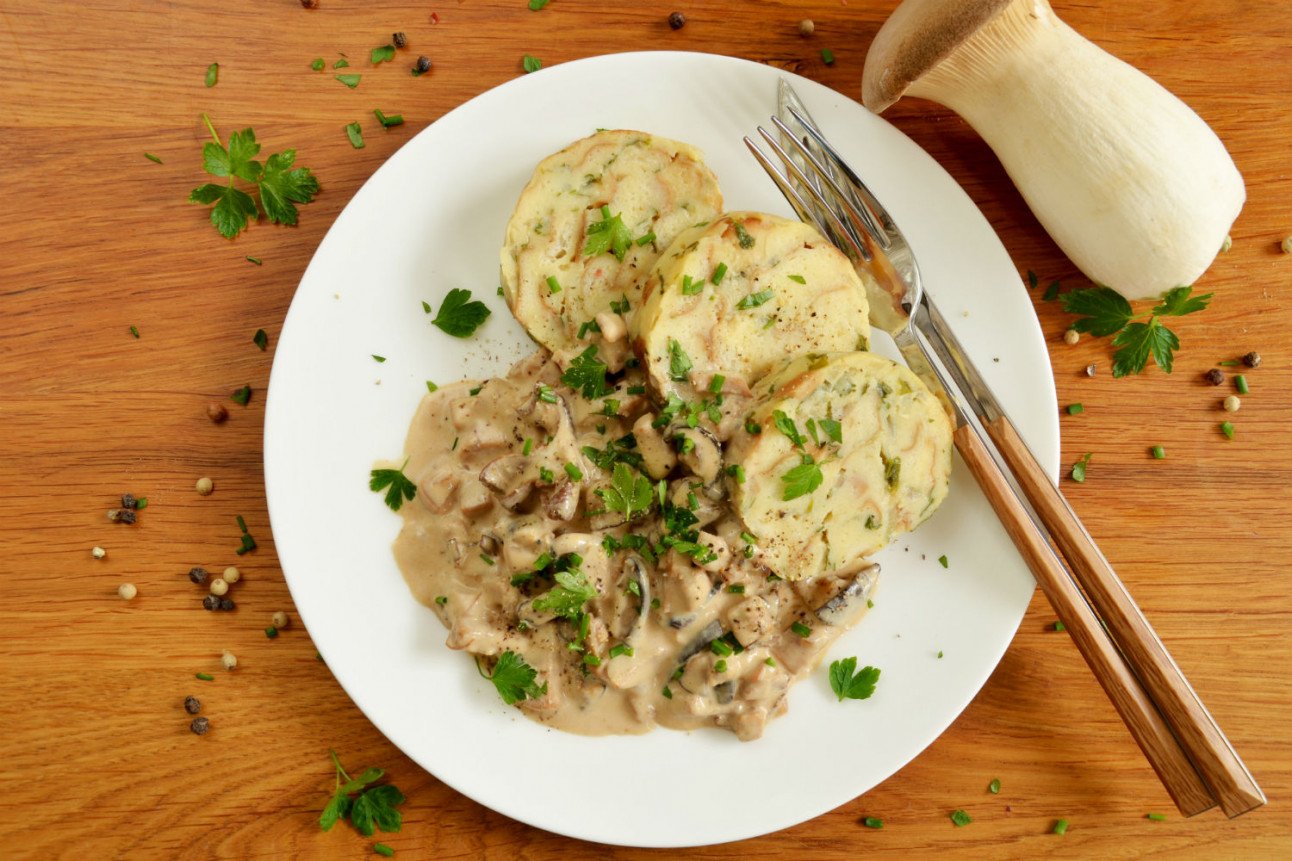 Knödel are essentially boiled dumplings found across a slew of European countries, though Germany is one such nation they are said to originate from.

Made from mainly potatoes (bread or flour are typical additions), and known as Kloß in the north and west of Germany, the dumplings are often served as a side - though it’s not uncommon to see them served as a main course or in soups.

In Bavaria as well as in Austria Knödel are widely enjoyed as a dessert. 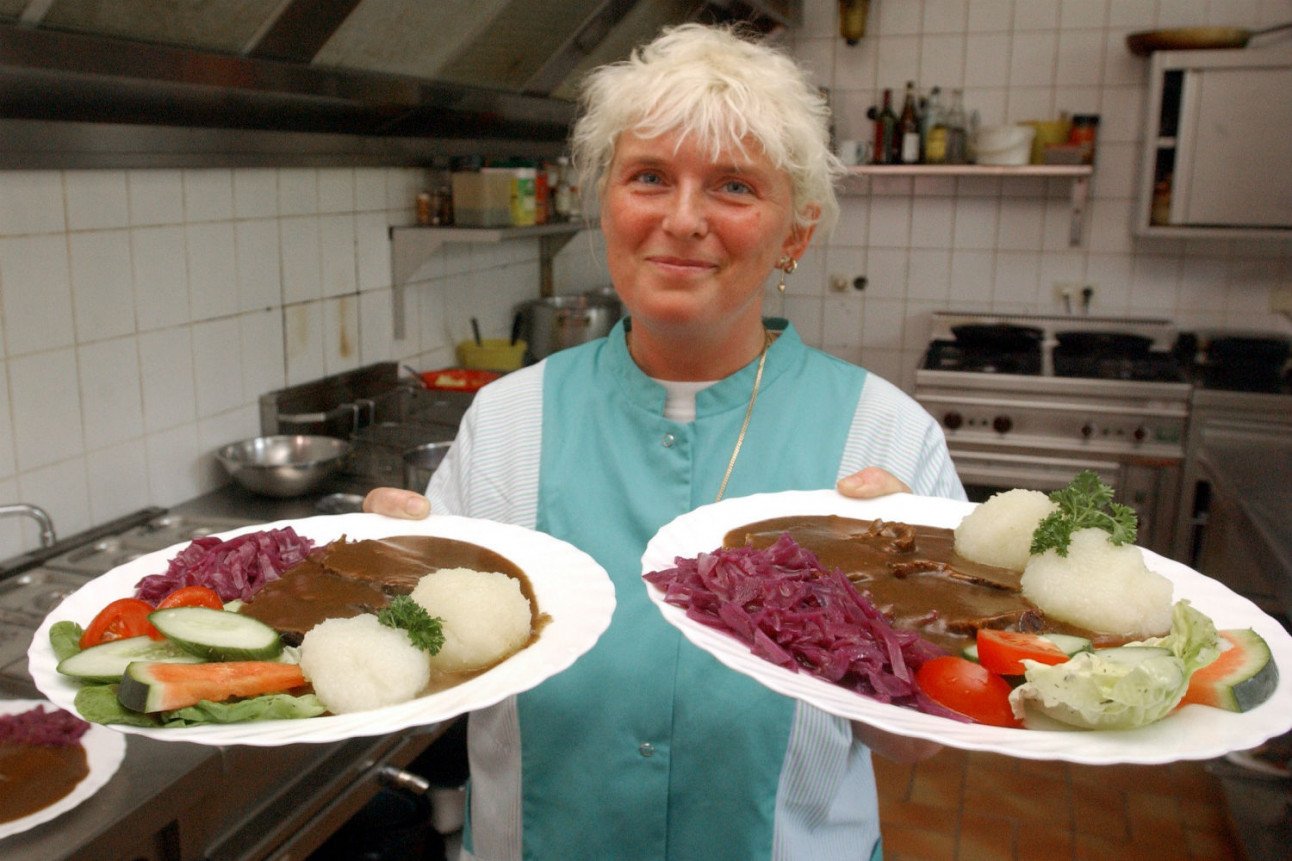 Regarded as one of Germany’s national dishes, Sauerbraten is pretty much a German take on your typical pot roast. It can be prepared with a variety of meats but beef and horse meat are classic choices.

Sauerbraten isn’t called Sauerbraten for any old reason: the meat is marinated in vinegar, red wine, vegetables and herbs for up to ten days - thus making it exceptionally tender and juicy. Traditional side dishes include Rotkohl (red cabbage) and Knödel.

Eggs in a mustard sauce

While it isn’t any surprise that meat is a dominant ingredient in German cuisine, there are vegetarians options that exist too.

In this simple dish, boiled eggs are served differently from the way Germans usually enjoy them at the weekends for breakfast. Instead, they come in a mustard sauce with an optional side of potatoes - especially popular among kids.

While Kartoffelsuppe (potato soup) can be found in countries the world over, there’s something special about the way the Germans do it.

Of course to serve it up German-style means that it no doubt needs to have meat in it. So if you make it yourself, after cooking the potatoes as well as various other desired vegetables such as carrots or celery, you’ll need to add chopped sausages to it.

In Germany Kohlroulade is typically made with Wirsing (savoy cabbage), a common ingredient in the country’s cuisine that’s especially popular when temperatures start to dip.

Savoy cabbage differs from regular cabbage in that its leaves are softer and curlier.

But don’t be fooled; German cabbage rolls aren’t vegetarian as they’re traditionally filled with ground meat and herbs. The dish is also baked or cooked in a broth and served with tomato sauce.

Käsespätzle in the making pic.twitter.com/sX5vT1vqrY

The German answer to mac and cheese, Käsespätzle is an ooey gooey dish.

Known as a quintessential Swabian comfort food that originates from the Baden-Württemberg region of Germany, this egg noodle dish is layered with shredded cheese such as Emmental and topped with crispy, caramelized onions.

If it sounds simple, it’s because it is; the main ingredients for the noodles are flour and eggs. It’s also tastier when made at home, according to some Germans - proof that delicious food doesn’t necessarily have to be expensive.

Popular in other parts of Europe, such as in Hungary where it originates from as well as in the Czech Republic, goulash is a stew of meat and vegetables seasoned with spices such as paprika.

Though it can be enjoyed all year round, there’s nothing like tucking into a deftig (hearty), steaming hot plate of goulash in the wintertime.

In Germany it’s common to make goulash not only with beef, but also with wild meat such as deer and wild boar. Rumour has it too that the German version differs from the Hungarian version in that potatoes are not included in the dish.

You've likely seen these at fairs throughout the Bundesrepublik all four seasons of the year as well as at Christmas markets during the holiday season.

But because they’re quite greasy, there’s something appropriate about indulging in them when it’s frosty out.

Essentially fried potato patties, Reibekuchen - also known as Reibeplätzchen - are served either sweet or savoury. While many choose to pair them with applesauce, others opt to dip them in herbed quark.

Store-bought grated potatoes are excellent for making these patties at home; when fried, they taste pretty much identical to what you can find at fairs.

A German dish oftentimes reserved for special occasions, Rinderrouladen is similar to Kohlroulade in that they're stuffed with ingredients.

The dish is prepared by rolling thin slices of beef around bacon, mustard, pickles and onions - though mixtures differ from region to region.

The rolls are then fried and after simmering long enough so that the flavours just blend together, it's time to dig in. Guten Appetit!