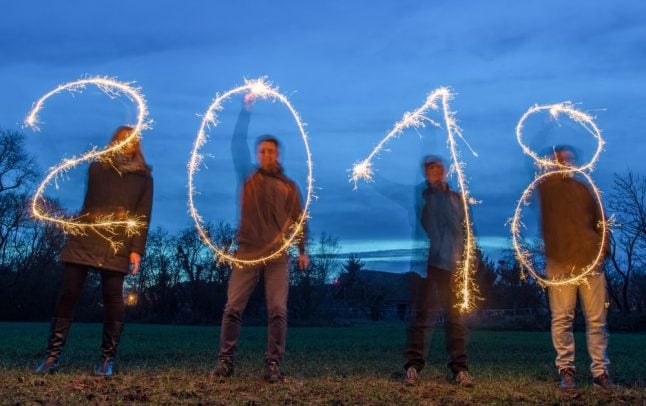 1. Time's up: Merkel has to pick coalition partners

Chancellor Angela Merkel has still yet to successfully form a coalition government, even though federal elections took place three months ago.

With pressure mounting and her popularity waning, Merkel will have to go back to the political negotiating table with her opponents and form a government in 2018.

2. More economic growth, and in some cases, more jobs

Germany's economic upswing is expected to continue, according to a survey by the Institute of German Industry. Of 48 industry associations, two-thirds will continue to see production expansion in 2018.

Economic growth has been taking place for ten years and in 19 sectors, industry leaders said they planned to add jobs next year, while only nine said they intend to cut down on jobs.

3. Housing will get more expensive (but not exorbitantly so)

Real estate prices in major German cities will increase but not at the rate we have seen in recent years, Analyse Emperica told German public broadcasting channel ZDF.

Construction of new properties will keep housing prices in check, despite the demand for hundreds of thousands of flats.

For parents and soon-to-be parents there will also be a few silver linings in 2018, despite January's cloudy weather.

Mutterschutz (maternity leave) benefits will be extended to students, interns and even high school pupils, with financial assistance kicking in six weeks before birth and eight weeks afterwards.

And for people who already have children, Kindergeld (child benefits) will go up two euros per month per child in 2018. 5. Another day off (for one state)

Lower Saxony is set to get an additional national holiday, most likely on Reformation Day, which was a nationwide public holiday in commemoration of Martin Luther's 500th birthday in 2017.

Though it is not yet clear which date this additional day off will fall on next year, Lower Saxony's Minister President Stephan Weil (SPD) has already vowed to fight for it.

6. Free streaming for online subscription services across the EU

Starting on March 20th, there will be free streaming for users of Netflix, Sky Go or Maxdome – thanks to a change in the European Parliament's rules that previously barred free streaming.

This means that when on holidays in France or Spain, for instance, you'll be allowed a limited amount of free streaming with your online subscription services.

If you plan on booking your next vacation online, especially if booking multiple services (flights, rental cars, hotels, etc.), there will be more protection to online consumers beginning July 1st 2018.

Consumers will also be protected in the event of bankruptcies and the deadline for travellers to claim travel defects will be extended from one month to two years.

8. Time for the World Cup

And after what feels like a long wait for many, the World Cup will take place again in June 2018 in Russia, with Germany playing its first match on June 17th against Mexico.

A football stadium in Moscow built for the World Cup in 2018. Photo: DPA.