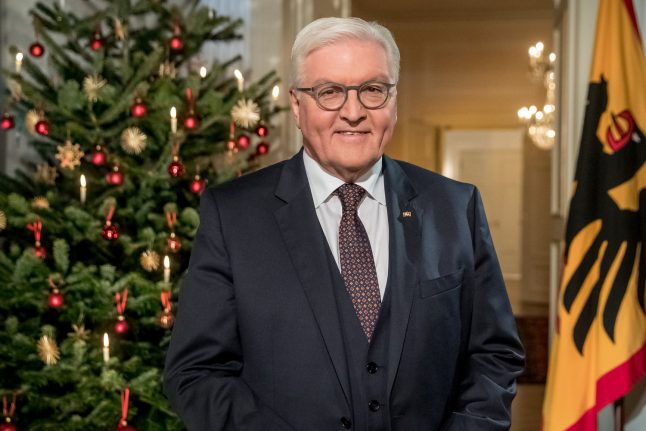 Chancellor Angela Merkel won elections three months ago without a clear majority and has since been struggling to form a new coalition, while staying on as head of a caretaker government.

Steinmeier said that “not everything unexpected must scare us, and that includes the formation of a government which, in an unusual way, is dragging on”.

“I assure you the state is operating according to the rules which our constitution has for a situation like this one, even if these rules were not needed in the past few decades,” said the head of state in his pre-recorded speech on national TV. “Therefore, we can have trust,” he said.

Merkel's hopes for a fourth four-year term were complicated when initial talks to build an alliance between her conservative bloc, the liberal Free Democrats and the Greens collapsed in November.

She is now hoping for a re-run of her current left-right “grand coalition” with the second biggest party, the Social Democratic Party (SPD), which is however reluctant to govern in her shadow again after a dismal election result.

SPD leader Martin Schulz, facing a sceptical party base, has only agreed to “open-ended” talks that could also lead to the toleration of a Merkel minority government — an option she however rejects.

In the end, the labour party's rank-and-file members will get to vote on whether to enter into a new coalition with Merkel — or head into opposition, as Schulz had vowed to do straight after the September election loss.