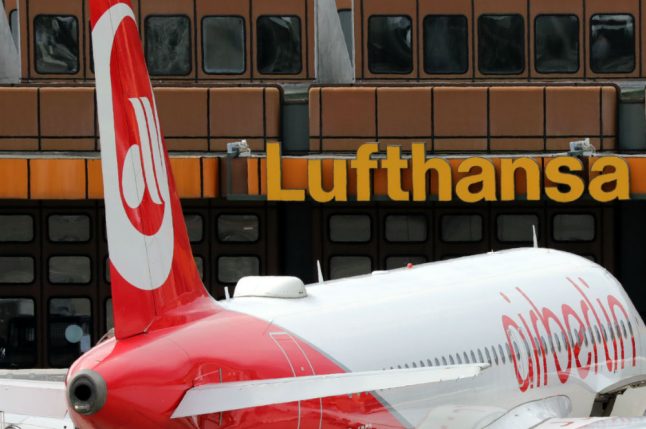 Responding to signals that the EU would veto its initial plans, the German behemoth last week ditched its bid to buy Air Berlin's Austrian unit Niki, focusing instead on the acquisition of the failed airline's smaller LGW subsidiary.

“Our job is to make sure that mergers do not make European consumers worse off,” EU Competition Commissioner Margrethe Vestager said.

“Lufthansa has put forward improved remedies that make sure the effects of its LGW acquisition on competition are limited,” she added.

Lufthansa also accepted to forgo some of Air Berlin's prized Düsseldorf airport slots in order to win the greenlight from Brussels.

“This regulatory approval of our acquisition of LGW is an encouraging development,” said Thorsten Dirks, a Lufthansa Group board member.

“And I am especially pleased that we can offer our new employees promising prospects within Europe's fastest-growing airline,” he said.

The more modest offer, which won the EU's backing, will see Lufthansa acquire the operations of LGW, a regional carrier employing hundreds of people.

Air Berlin CEO Thomas Winkelmann said the approval was “good news” as “more than 800 employees of LGW now have stable employment with the Lufthansa group”.

The deal includes taking over the roughly 30 planes flown by LGW but leased from other companies, a source familiar with the bid has told AFP.

Under the deal, easyJet will spend some €40 million ($47 million) to enter into leases for up to 25 aircraft and take over slots in Berlin.

In the ensuing carve-up Germany's second-biggest airline, it was Lufthansa's attempt to claim the lion's share of the assets that most worried competition authorities.

Lufthansa – which already owns low-cost Eurowings as well as Swiss, Austrian and Brussels Airlines – initially set its sights on scooping up 81 aircraft from Air Berlin's 140-strong fleet, including all of Niki's planes plus its valuable slots.

But fearful of the dominant position that the deal could give Lufthansa on some routes, the Commission stated “deep competition concerns” about the Frankfurt-based carrier's plans and the effect on ticket prices.

Lufthansa then announced last Wednesday that it was dropping its plan to buy Niki.

The shock move meant Niki lost the bridge financing that had kept it flying in anticipation of the Lufthansa acquisition, forcing it to file for insolvency.

Lufthansa is also eyeing a chunk of struggling Alitalia's fleet, in the latest sign of consolidation in the industry.

The German group's strategy of offering both low prices and high-end services has impressed investors, sending its share price past the €30-mark, more than double the level at the start of the year.

Lufthansa chief executive Carsten Spohr was this month named “strategist of the year” by financial daily Handelsblatt, which described him as “tough but fair”.