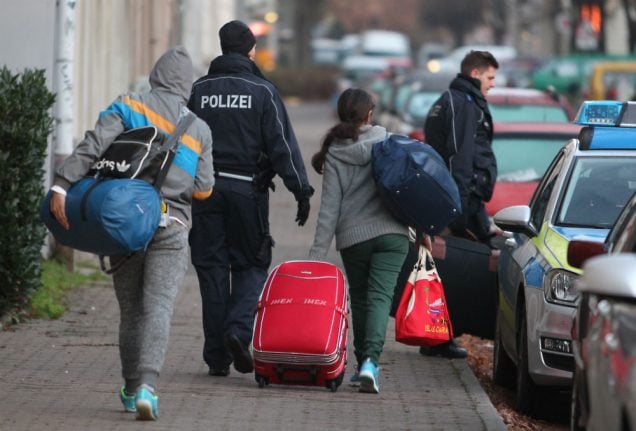 The survey, conducted by the German Press Agency (DPA), showed that the decline in deportations was particularly pronounced in Saxony, where the figure was halved each month for the first eleven months of the year compared to the same period in 2016.

Almost 22,200 people in Germany were deported to their home countries between January and the end of last month, according to the Federal Ministry of the Interior. Last year this figure was higher at a total of 25,400 people.

Following the influx of people who came to Germany seeking asylum in 2015 and 2016, the number of deportations and departures had significantly risen. But now there is a clear decline.

For the past several months, the federal and state governments have been encouraging asylum seekers to go back to their native countries. Coordination centres for repatriations have been set up as well as counselling services, telephone hotlines, an information portal online and increased financial aid for voluntary returnees.

So far this year, some 39 percent of all asylum applications have been turned down. According to the Institute for Employment Research (IAB), there are currently 600,000 people living in Germany who have been granted protection. Two thirds of these have full asylum and a third have a lesser form of asylum known as subsidiary protection.

But the vast majority of those who have their applications rejected stay anyway. At the end of last year some 556,499 people were still living in Germany despite being turned down for asylum. Four out of five of these people had been in the country for at least six years.