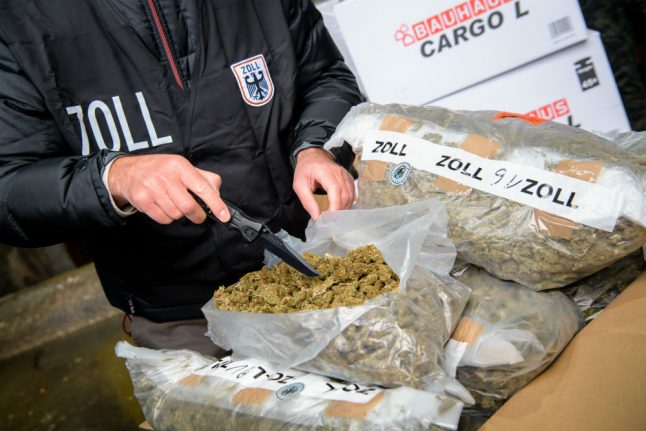 It was a morning unlike any other at the heat and power station in Olching, northwest of the Bavarian capital, reports the Süddeutsche Zeitung (SZ).

Munich customs decided to have the cannabis destroyed in the plant due to a lack of other facilities which can accommodate large-scale incineration.

Several hooded and armed customs officers were guarding the truck containing an unusually large quantity of weed as it entered the plant on Tuesday, ready to be burned.

“For us, it's just rubbish that needs to be destroyed,” customs spokesman Christian Schüttenkopf told SZ.

Though the marijuana comes from Albania, the exact origin is unknown and thus cannot be used for medical purposes.

READ ALSO: How patients in Germany are still struggling to get cannabis, despite loosening of law

German customs discovered the drugs south of Nuremberg in December last year in a truck from Serbia. The driver of the vehicle is currently in custody.

But it’s not just the quantity of the drugs that’s impressive, it’s also the quality.

The burning of the weed – which takes place at 900C to 1,000C – is also in a sense beneficial for the public, according to plant manager Thomas König.

“The incineration of the material is used to generate heating and electricity for the people in the region,” says König.