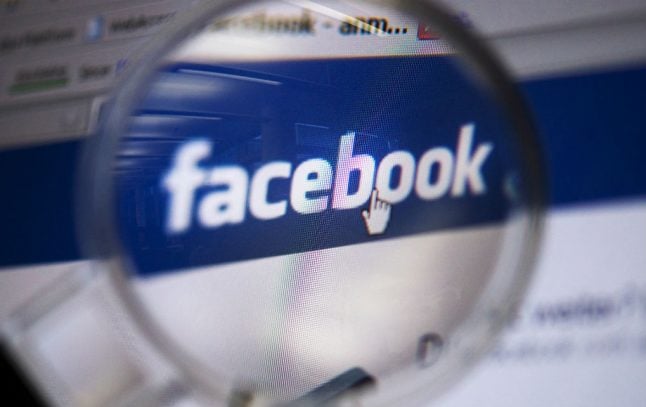 In a preliminary assessment, the Federal Cartel Office (FCO) said it had focused its probe on the US social media giant's use of third-party sites to track users' browsing behaviour, often without their knowledge.

“The authority holds the view that Facebook is abusing this dominant position by making the use of its social network conditional on its being allowed to limitlessly amass every kind of data generated by using third-party websites,” the FCO said in a statement.

These third parties include Facebook-owned services such as WhatsApp and Instagram, but also sites and apps that are less obviously linked to Facebook, often through the “like” button at the bottom of a webpage.

The FCO said many users were unaware their movements on other sites were being shadowed by Facebook, and that it “can also not be assumed” that users consent to the data collection.

“Consumers must be given more control over these processes and Facebook needs to provide them with suitable options to effectively limit this collection of data,” it said.

The data transmitted from third sources give Facebook a wealth of information about its users, from which the Silicon Valley titan benefits financially by offering targeted advertising on its website.

FCO president Andreas Mundt said the social network's advertising space was “so valuable” precisely because it has “huge amounts of personalized data at its disposal”.

Facebook has over 30 million active monthly users in Germany, making it the most popular social network.

The online giant, which has also come under fire in other countries for its use of data harvesting, told AFP in an emailed response that it would reply to the FCO's questions.

But it said the preliminary report “paints an inaccurate picture”, stressing that Facebook was not a dominant company and that it complied with European data protection laws.

The anti-trust watchdog expects to finish its probe by mid-2018, some two years after it was launched.

The FCO does not have the power to slap Facebook with a fine, but the company can be forced to alter or even cease some of its activities.

The German scrutiny marks another setback for Facebook in Europe at a time of heightened concerns over the tracking of personal data online.

On Monday, France's data protection agency told WhatsApp it needed to obtain users' permission to transfer some information to its parent company Facebook, and gave it a month to comply.