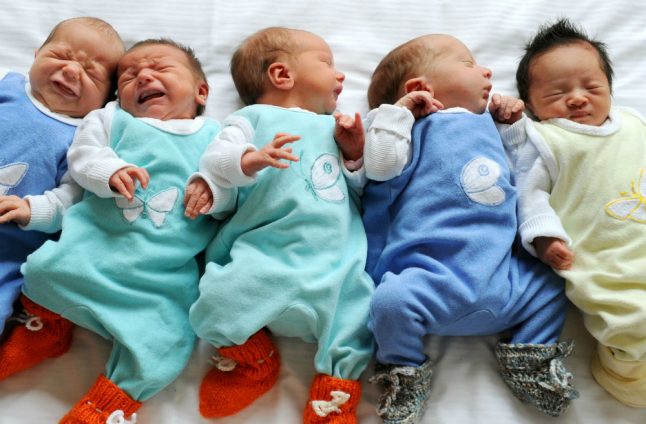 These thousands of children were born in 2015 after undergoing the appropriate treatment, reported the Deutsches IVF-Register (DIR) at a conference in Munich last week hosted by the Association for Reproductive Biology and Medicine (DVR).

In 2011, the number of babies born using artificial insemination was much lower at 7,000.

The number of fertility treatments rose from 53,000 to 65,000 between 2011 and 2015. Thus the data reveal that doctors have significantly improved their success rate.

But the chances of having a child after a procedure involving artificial insemination depends heavily on the age of the mother.

The chance of pregnancy also increases if two or even three embryos are transferred into the woman’s uterus. At the same time though this could increase the risk of multiple pregnancies and complications during pregnancy; physicians are calling for new legal regulations.

It would make sense to remove as many eggs as possible from the women after hormone treatment, freeze them and then use only one egg at a time for a pregnancy attempt, physicians say. But the embryo protection law in Germany prohibits the regular production of surplus embryos.

Fertility treatments have overall contributed to the increase in births across the country. According to the Federal Statistical Office (Destatis), the number of newborn babies rose by about 75,000 between 2011 and 2015, to a figure of 738,000.

Cohorts of women born in the 1970s and the early 1980s who started their families later in life can account for the increase, state Destatis, citing immigration as another reason.

SEE ALSO: Everything you need to know about having a baby in Germany