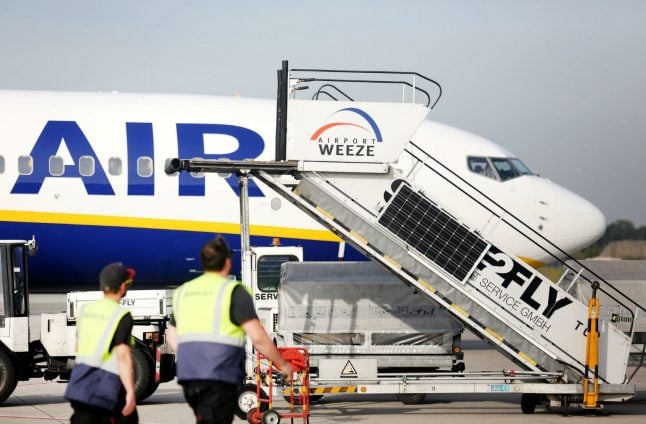 The announcement comes after pilot’s unions in Portugal and Italy had also called their members to strike against the Irish company.

VC did not name dates for the strikes in order to make it harder for Ryanair to prepare contingency plans. They did however say that Christmas and Boxing Day would not be affected.

The Irish airline, which is cancelling thousands of flights because of pilot shortages, said it had not been notified of any industrial action by its German pilots.

The aim of the strikes is to improve the salaries of pilots who fly Ryanair planes, VC said, adding that it wants its Ryanair members to earn as much as the salaries offered by Tuifly, a budget competitor to Ryanair.

The airline has so far shown no willingness to compromise, claiming that its salary structure has been approved by the Irish high court. They have dismissed the VC complaints as baseless.

Ryanair boss Michael O'Leary has previously rejected all forms of negotiations with unions, preferring to deal with pilots representatives within the company. He has also previously described the VC as “Lufthansa’s union.”

VC aim “to force the start of talks to create employment and pay conditions for Ryanair pilots in line with the market,” the union said in a statement.

“From this moment on strike measures could happen at any time,” except during the Christmas period between December 23 and 26, the statement said.

Ryanair had a “last chance” to avoid strikes by immediately coming to the negotiating table, union president Ilja Schulz said.

Unions have long complained that no-frills Ryanair does not offer pilots pay and conditions up to standards elsewhere in the aviation industry.

In its statement, Cockpit claimed pilots were leaving the airline “in droves” for the better conditions offered by other carriers, leaving Ryanair with a shortage of aircrew.

Italian pilots for the Irish carrier have already set dates for strike action, while Irish and Portuguese aviators have announced unspecified industrial action.

Ryanair said last week that it would “ignore” the Italian pilots' move, saying its staff rarely heeded calls to walk out.

With its more than 9,400 members in Germany, Cockpit was able to squeeze a pay, pensions and jobs deal out of mammoth carrier Lufthansa earlier this year, after repeated walkouts between 2014 and 2016 cost the group around €450 million.