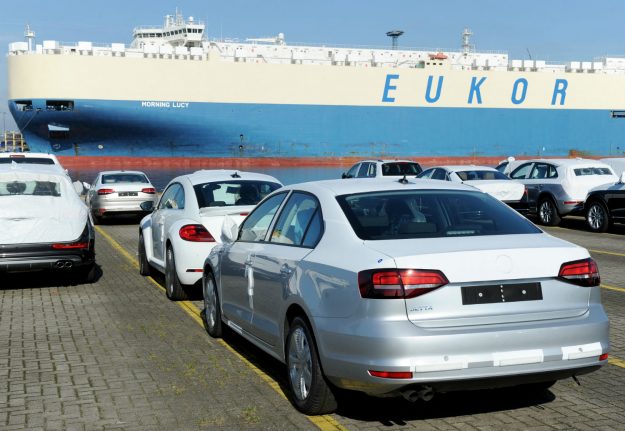 “Brexit and the related lower demand in Britain caused by exchange rates” had contributed to a 2.0-percent fall in car exports, to 4.3 million vehicles, German Federation of the Automobile Industry (VDA) boss Matthias Wissmann said.

The pound sterling has recovered some of its initial plunge against the dollar and the euro following the June 2016 vote that set Britain on course to leave the 28-member bloc, but remains far short of its prior levels at around €1.13 or $1.34.

Britain is the biggest export market by unit sales and the second-biggest in financial terms for German automakers, as they operate relatively few local factories in the island nation.

“We hope that the United Kingdom remains in a European market alliance, the current debate, the 'hard Brexit' line among conservatives, is not right for us or for the British market,” Wissmann said.

London politicians are divided across party lines over whether Britain should remain closely aligned with EU regulations to preserve the maximum possible amount of trade with its closest neighbours – or diverge sharply to seek advantage with partners further afield.

“We are preparing for enormous bureaucratic complications” when Britain finally does leave the bloc, Wissmann added.

Another reason for exports' slip this year was firms moving production of some models to factories outside Germany, Wissmann said.

Foreign production by German firms is expected to grow 7.0 percent to 10.8 million vehicles this year, while manufacturing at home declines 2.0 percent to 5.6 million.

German carmakers this year accounted for around 20 percent of global car market share, or 16.4 million vehicles, and produced around half of all new cars registered in Europe, according to VDA figures.