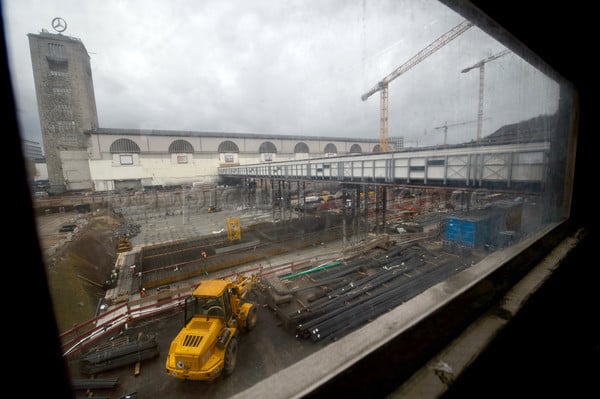 The project is slated to cost €7.6 billion, a full €1.1 billion more than the figure projected four years ago. Construction, which began in 2010, is also expected to finish four years later than first anticipated, in 2024 instead of 2021.

As recently as October Deutsche Bahn finally admitted that the goal of opening the project by December 2021 was not realistic, but at that stage they still claimed it would be operational in 2023.

The higher price tag can be attributed in part to increases in construction costs and more restrictive rules about species protection for lizards and beetles.

The new time and cost plan will officially be adopted at a special Supervisory Board meeting at the end of January.

Since its beginning, the Stuttgart rail project has created controversy between local, state and national governments about who would share the costs with Deutsche Bahn. The local branch of the Green party has protested that the plan would disturb local wildlife areas, leading to weekly protests against it since 2009.