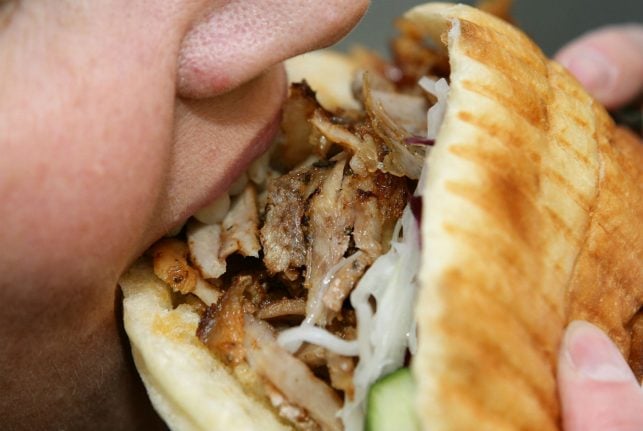 Blaming “socialists and greens” on the EU Parliament's Health Committee, Germany’s largest selling daily newspaper claimed that “döner kebabs are about to be put through the mincer.”

The Health Committee on Tuesday objected to a proposal by the European Commission (EC) to allow frozen döner meat to contain the additive phosphate. The additive is currently allowed in fresh meat, but there is no explicit regulation on its use in frozen döner meat.

The committee claimed there are “serious health concerns” surrounding the use of phosphate, citing a 2012 scientific review which linked the additive to heart disease. Other assessments have however disputed the link.

The EU Parliament will debate the proposal by the end of the year, and if an absolute majority rejects the EC’s decision a new law will have to be written.

Phosphate is currently used in the frozen döner skewers as a means of retaining water and flavour in the meat.

But Susanne Melior, an SPD politician in the European Parliament on Thursday rejected the notion that the döner was under threat.

She said that the Health Committee raised the objection because it wanted to wait on an EU study into phosphate before green lighting a change in the law. The study is set to release its findings next year.

“Nothing is happening and no döner kebab is in danger, so naturally no jobs are in danger either,” she said.

“At the moment we just want to wait until the results of the study are published. Why would we make the use of phosphate more explicit before we have seen the results?” she told Tagespiegel.

Melior also cautioned though, that if the EU report assesses phosphate as a health risk, many more foods than just döner could face tighter regulations.

Phosphate is an additive in a variety of foods from cake to sausage.

'Discrimination against the döner'

Bild pointed out in its report out that some of its other favourite fast foods have already had the okay from the EU parliament to contain phosphate: the additive was given the green light to be used in pork chops and bratwurst back in 2014.

“This is a clear case of discrimination against döner,” the tabloid complained.

And as trivial as the issue might seem, Bild reports that 110,000 jobs in Germany are reliant on the döner kebab. Of the 500 tonnes of döner produced in the EU every day, 80 percent is made in Germany – and almost all of this meat is delivered frozen.

“This could ring the death knell for the entire döner industry in the EU,” Kenan Koyuncu, chairman of the  Federal Association of Döner Producers told the tabloid.

“An EU citizen consumes as much phosphate in a whole year through the intake of döner as they would by drinking 1.5 litres of Coke,” she told Bild.