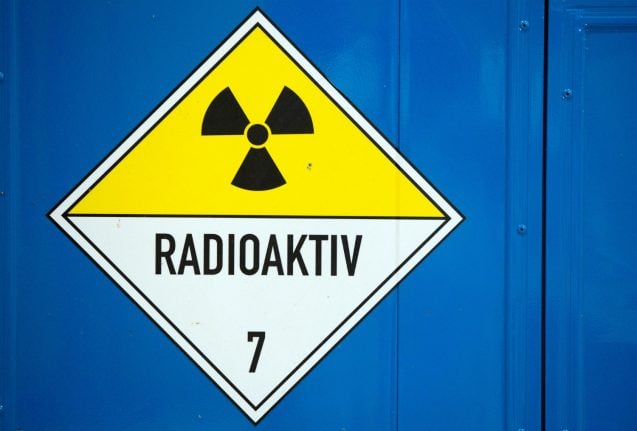 Investigations began a year ago when radioactive material was detected at a waste treatment centre in Rüdersdorf during a routine inspection, reports Spiegel Online

Upon further investigation, the source of the radioactivity turned out to be punched out sections of playing cards in one of the centre's trucks.

The police deduced that the cards had been used as part of an illegal card game con, where some cards are marked with radiation, only detectable to the one player with a reader strapped to their body who can use the readings to cheat.

On November 16th, the state office of investigation, alongside employees of the radiation monitoring centre and the department of health protection, searched the home and property of a 41-year-old woman, believed to be linked to the scam.

Police had deduced the origin of the cards by tracking the disposal truck's route before it reached the treatment centre, eventually being led to the 41-year-old restaurant owner's home in Marzahn-Hellersdorf.

In addition to the woman's home, investigators searched her restaurant, and a karaoke bar and club, recovering 13 cards marked with a radioactive substance in the process.

This substance turned out to be Iodine 125, commonly used in medicine, which had been put on the cards in small amounts, undetectable from any more than half a metre away.

According to the police report, the amount of Iodine 125 was not enough to be dangerous unless handled directly, although it still posed a health risk as the amount of radiation it gives out is eight times the legal limit.

The 41-year-old is being investigated for releasing ionising radiation which could result in a fine or even a prison term of up to five years. It is so far unclear who her accomplices were in the gambling trick.