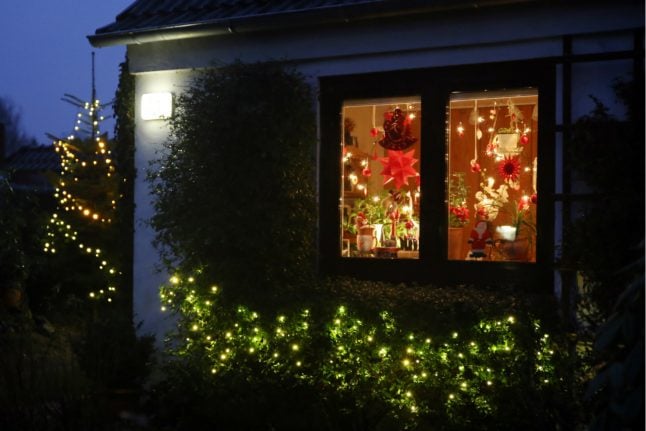 To avoid a lonely Christmas, the elderly widower posted a hand-written advert on his local Berlin supermarket's noticeboard, asking if anyone had a spare seat at their table on the big day, reports the Stuttgarter Nachrichten (SN).

“Where can a lonely pensioner and widower find a place in a small group for Christmas,” the note asked.

His plea was noticed by 27-year-old civil servant, Lisa, who posted a picture of it on Facebook. Since then, the post has been shared nearly 6,000 times and the man received hundreds of invitations from strangers to eat with them on Christmas day.

“I never expected that there would be so many [responses],” 27-year old Lisa told the SN. “After a certain point, I couldn’t keep up with it anymore.”

The civil servant said she shared the note because she was afraid nobody would notice it “because who usually looks at the blackboards in supermarkets nowadays? I don’t usually pay attention to them.”
Supermarket employees have now had to take the note down because there was too much interest. Lisa has also finished her search operation so the pensioner isn't overwhelmed by the massive number of calls.

The man was “very touched and was pleased that so many people responded”, says Lisa, but, for now, has put the matter on hold, after all, it's still more than a month until Christmas.

It's possible the widower was inspired by Edeka's tear-jerking Christmas advert two years ago, where a lonely pensioner resorts to drastic measures in an attempt to get his family to spend Christmas Day with him.
In the touching advert (above), a Grandfather is tired of spending his Christmases alone and *spoiler alert* fakes his death, before sending his sons and daughter invitations to his funeral. But, when the extended family arrives, they are instead greeted by a Christmas feast prepared for them by their (thankfully) not dead father.
Though incredibly sad at times, and with a rather tenuous link to the supermarket, the advert serves as a good reminder of what the holiday season is really about – and that turkey at the end does look delicious.