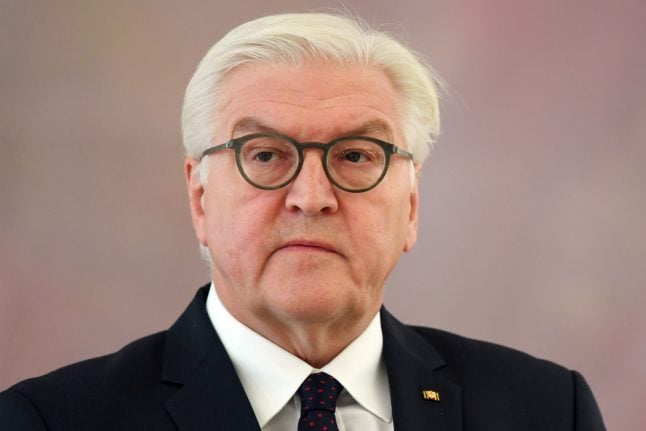 The deadlock, unprecedented in Germany's post-war era, has thrust the veteran official back into the spotlight, where analysts say his diplomatic finesse and deep knowledge of the political landscape will be crucial.

One of Germany's most popular and trusted politicians, Steinmeier, 61, has served as head of state, a largely ceremonial position, since March after extended stints as foreign minister and chief of staff for former chancellor Gerhard Schröder.

He is also a Social Democrat, which could give him key leverage to break the current stalemate.

“Never in the history of the federal republic was the diplomatic skill of the president so crucial as it will be in the coming days and weeks,” news magazine Der Spiegel wrote.

The SPD's leader Martin Schulz concluded after its disastrous result in the poll, the party was better off in the opposition rather than joining her in another “grand coalition” – the alliance she led for eight of her 12 years in power.

However more than four weeks of talks on forming an alternative alliance of conservatives, pro-business Free Democrats and ecologist Greens collapsed in acrimony on Sunday, leaving Germany in political limbo.

The country's Basic Law, drawn up under the influence of the World War II victors to avert the political chaos that led to the rise of the Nazis, gives the president broad powers to lead the country out of such an impasse.

Steinmeier must now try to cajole party leaders to either agree on a coalition or accept a minority government.

In a sternly worded statement after crisis talks with Merkel on Monday, he made it clear that he was not in favour of the third option – new elections.

Underlining the duty of lawmakers to their voters, Steinmeier noted: “If the political powers in Europe's largest and strongest economy are unable to come together in the national interest, there will be disbelief and concern, both at home and abroad.”

Born January 5th, 1956 in a small town in Lower Saxony, Steinmeier was known as a young man on the football field as an efficient “all-rounder” who could play any position with ease and work well within a team.

The same qualities led the charismatic Schröder to take him under his wing, first as media advisor when he was premier of Lower Saxony and later as a state secretary at the chancellery until making him his top aide in 1999.

The unpopular “Agenda 2010” job market measures were the centrepiece of the administration, successful in driving down unemployment but also a key factor in the party's bitter and lasting divide between centrists and leftists and its ongoing weakness in the polls.

As foreign minister under Schröder's successor Merkel from 2005 and 2009 and again from 2013 to 2017, he repeatedly fought to defend his turf against encroachment from the powerful chancellor.

They clashed openly about Russia and China, with Steinmeier warning against alienating either country with too strident criticism and famously accusing her of pursuing a foreign policy comprised of “window dressing” with little substance.

More a civil servant than a glad-handing politician, Steinmeier's charm works better in smaller, relaxed contexts where his dimpled smile and down-to-earth personality can be used to the fullest.

The centre-left daily Süddeutsche newspaper noted that Steinmeier's crisis management as foreign minister – a job he clearly “loved” – would now serve him well in talks with German party leaders.

He “may have expected a few things when he became president but what he's now facing is surely not one of them”.

“He must now bridge the chasm that has opened.”