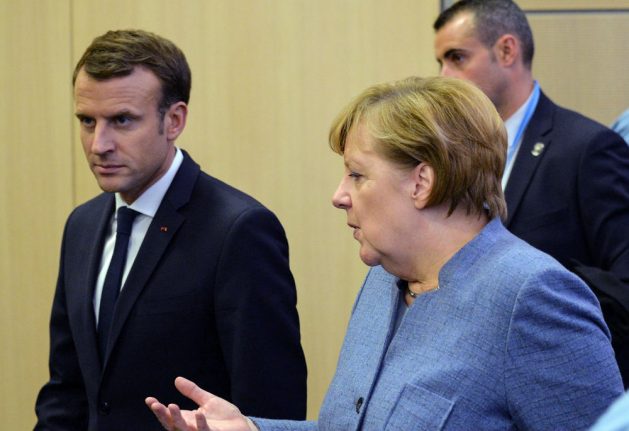 “It is not in our interest that the situation becomes tense,” Macron, who spoke with Merkel on Sunday, said in comments to the head of the rightwing Republicans party Bernard Accoyer.

“It means that we need to go forward.”

Macron, who was elected in May, was waiting for Merkel to form a government to start talks in earnest about his plans for reforming the European Union.

Merkel had given tentative backing to his ideas of creating a new eurozone finance minister position and giving the 19-member zone its own budget, but the details are yet to be worked out.

France and Germany, the two biggest economies in the eurozone, are often referred to as the “motor” of the project.

Merkel has been left scrambling for ways to drag Germany out of crisis after the coalition talks collapsed on Sunday, potentially forcing Europe's top economy into snap elections.