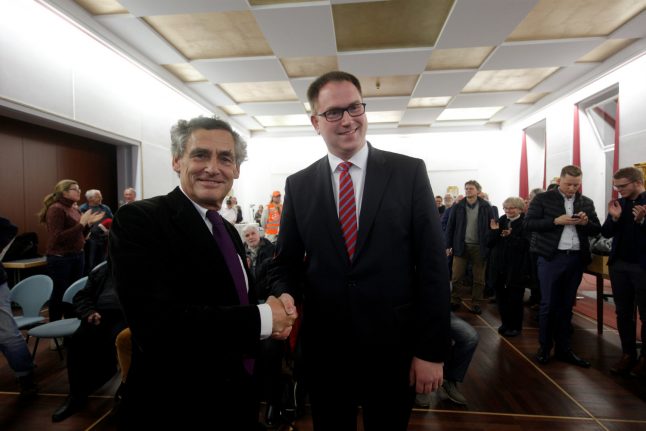 The banker in his late 30s who represents the Social Democrats (SPD) will begin his six-year term of the city on May 1st, taking over from the former mayor Bernd Saxe, who is leaving after 18 years in office.

Lindenau won a narrow victory over Culture Minister Kathrin Weiher (independent) who was tipped as the favourite candidate in the run-up to the day, the Schleswig-Holtensteinischer Zeitungsverlag (SHZ) reports.

In the end, a mere 965 votes separated Lindenau from his opponent, with 50.9% of votes going to Lindenau compared to 49.1% for Weiher.

“I am very happy that it worked out in the end”, Lindenau, the youngest mayor ever to be elected in the north German city's 875-year history, said on Sunday evening.

“I expected a close result.”

Lindenau's greatest task as mayor will be to tackle Lübeck's €1.5 million debt, but according to the SHZ, after being elected, the 38-year-old announced that his first act will be “to improve the services the city provides for residents and to ensure that the traffic in Lübeck flows again.”

During his election campaign, Lindenau also talked of plans for the reduction of investment backlog and the strengthening of tourism and port and inner-city trade.