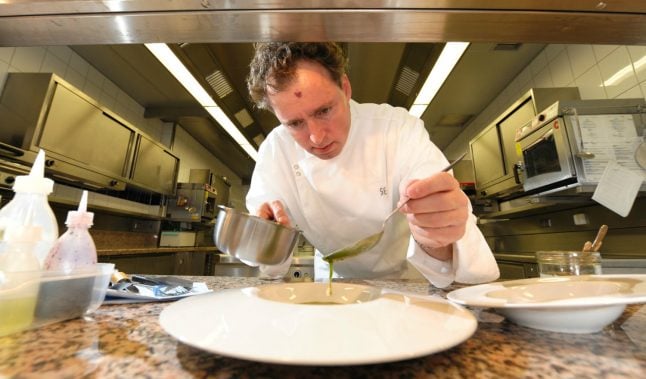 This year's new addition to the list is run by chef Jan Hartwig, who has garnered praise previously when he was awarded chef of the year by foodie magazine 'Der Feinschmecker' in 2016.

Atelier was created by renowned Belgian art dealer Axel Vervoordt and describes itself as having a luxuriously simple design, which “spreads the flair of its creator with an intimate atmosphere”

Judges at Gastro Guide “Gault & Millau.” said that, “everything is always perfectly crafted and aromatic down to the most minute detail.”

The small town of Baiersbronn boasts not one but two restaurants with three Michelin stars and has been dubbed by the New York Times one of the “world's most unexpected restaurant capitals”.

The first of the two triple Michelin starred restaurants in the town is Restaurant Bareiss, situated in the hotel of the same name.  According to the site's website, chef Claus-Peter Lumpp combines visual attractiveness and wholesomeness with his signature of technical perfection and aromatic richness.

Bareiss has won a huge number of awards for its food and service and received its third star back in 2007. The Michelin Guide describes head chef Lumpp as having “rigour” and a “painstaking attention to detail”, which has elevated the restaurant to one of the best in Germany.

The second eatery in the small town of Baiersbronn to have earned the coveted three-star rating is Schwarzwaldstube, located in Hotel Traube Tonbach.

The restaurant has had three stars for more than 20 years and describes itself as a “symphony of superlatives” and apparently offers a “once in a lifetime experience”.

Command was recently taken over from the late Harald Wohlfahrt by his protegee and the restaurant's sous chef of more than 10 years, Torsten Michel. Thankfully, there has been no sign of a slump in quality through the transition as the restaurants stays at the top for another year.

Opened just two years ago, The Table Kevin Fehling experienced almost immediate success and was awarded all three stars within its first year.

At 40 years old, head chef Fehling is the youngest German chef to ever receive three Michelin stars, aged just 34, earning them originally in a different restaurant back in 2011.

In a rather unusual setup, the restaurant only seats 20 people at any one time, meaning reservations are booked months in advance. Michelin inspectors called the restaurant “perhaps the most gastronomically spectacular reopening of the year” and complimented the unusual seating arrangements.

The regally decorated venue in the small, southwestern town of Wittlich received its first star more than 30 years ago and has been holding three stars since 2000.

Specialising in French cuisine, the Sonnora prides itself on putting food, particularly local produce, first. On their website, they say that “the produce is the star” and Michelin critics are in agreement, saying the produce is “the undisputed centrepiece of his timeless classic cuisine, beautifully and skilfully presented on the plate.“

Hidden in the historic Old Town of Osnabrück, La Vie aims to be avant-garde and creative. Head Chef Thomas Bühner has a “take your foot off the gas” approach to cooking and takes his philosophy quite literally, using low-temperature methods of cooking.

The menu is designed by Bühner to be more of a symphony than a collection of unconnected dishes so that when they come together they are more meaningful than a single dish, the restaurant boasts.

Bühner earned his third star at the restaurant back in 2011, not surprising given that he was taught by fellow triple star winner Harald Wohlfahrt from Schwarzwaldstube.

Bavaria's second restaurant with three Michelin stars is in a small town along Lake Tegernsee near the Austrian border, run by chef Christian Jürgens.

The restaurant prides itself on using the finest produce from the Alpine region, transforming them into “exceptional menus” and bridging the gap between rustic and sophisticated food, according to the website.

Restaurant Überfahrt received its third star in 2013 and its head chef has received many additional accolades, including chef of the year from Gault Millau and Gusto Bavaria, and cook of the year from Der Feinschmecker. “Few chefs show such sensitivity, finesse and taste”, Michelin writes, “the presentation is world class”.

Vendôme, in Bensberg Palace just outside Cologne is the epitome of modern German cuisine. Run by Joachim Wissler, the restaurant serves provocative and creative food.

Wissler's blend of classic and modern cuisine has clearly been a big hit as Vendôme was the highest placed German restaurant on San Pellegrino's list of top 50 restaurants in the world.

A post shared by Culinary Inspiration Official (@culinaireinspiratie) on Nov 13, 2017 at 8:08am PST

Run by couple Christian and Yildiz Bau, Victor's fine dining sits in a renaissance castle and hotel near the Luxembourgish and French borders.

Since Christian is from Baden Württemberg and Yildiz was born in Istanbul, the food at the restaurant reflect an international palette of classic Western and Eastern elements, “from Paris to Tokyo”, as the website describes.

That means your multi-course meal could include anything from lobster-claw sushi to French-style duck in the same sitting.

Deep in Volkswagen country lies Aqua, in the Ritz-Carlton hotel. Aqua's head chef Sven Elverfeld prides himself on being able to transform the most trivial everyday food items into high culinary art.

“The modern, creative notes forming an integral part of his expressive and fully flavoured dishes and never seeking to dazzle or dissemble,” Michelin writes of chef Sven Elverfeld, “The elegant service is also beyond reproach.”

Also along the French border, GästeHaus Klaus Erfort invites diners to “experience flavour”. Head chef Klaus Erfort and his team “conjure unforgettable taste experiences” because “the truth is on the plate”. The pleasant ambience also includes a terrace with a view of English-style gardens.

“The floor-to-ceiling windows afford you a glimpse of Klaus Erfort's temple to classic French cuisine even before you enter this wonderful white villa,” Michelin writes “The food is impeccable and the preparation perfect.” 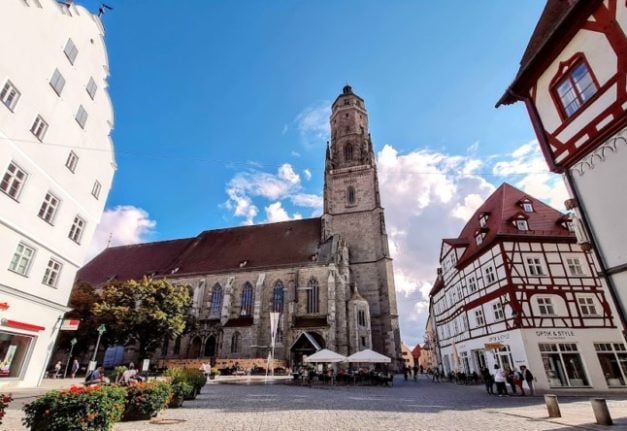