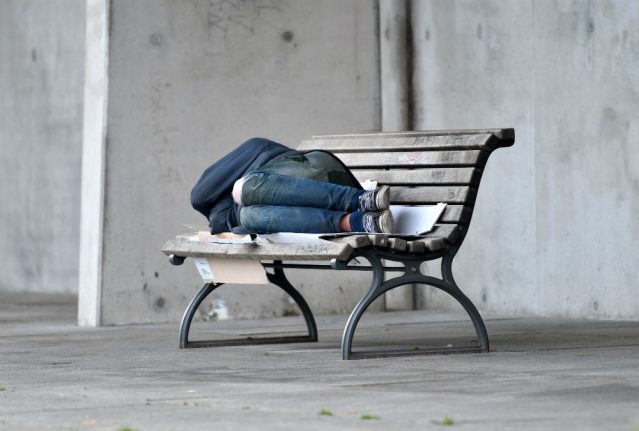 Most of the people who don’t have their own homes live in collective accommodation or have to rely on the charity of partners or family.

“In our view this proves that ever more people are unable to pay their rents because of low wages and over-indebtedness.”

Thomas Specht, head of the Federal Association for Assistance for the Homeless, said that rising rents were just one cause of the negative development.

He pointed out that since 1990 the number of council flats had dropped by 60 percent to 1.2 million, because local councils had sold off many properties to private investors.

“The authorities have lost control of the stock of affordable housing,” he said

An increasing number of the people living on German streets are migrants from eastern Europe. Specht said however that although migration had put pressure on facilities for the homeless, it was by no means the only factor.

Karin Kühn, chairwoman of BAG Help for the Homeless, demanded immediate action from the government.

“The new coalition agreement needs to contain a clause which provides for immediate measures against a further increase in homelessness,” she said.

HOUSING
Renting in Germany: What you need to know about keeping pets
Url copied to clipboard!