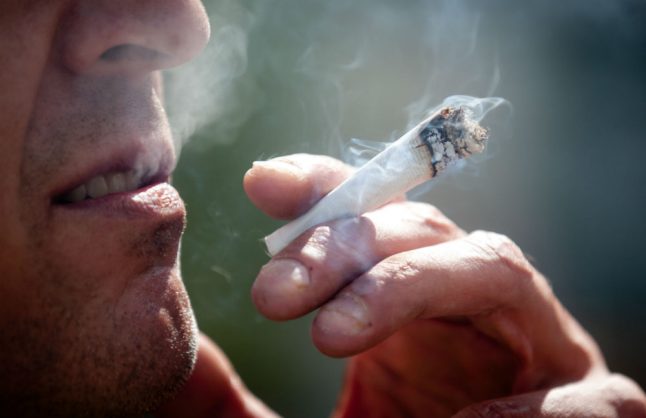 34 percent of Germans believe that adults should be able to purchase cannabis for their own use in specialist shops, the survey findings moreover reveal.

In January, the Bundestag (German parliament) passed a law that officially made marijuana legal for medicinal purposes, meaning that patients suffering from serious illnesses – such as multiple sclerosis, serious appetite loss, chronic pain or nausea from chemotherapy – have been able to receive medical marijuana prescriptions from their doctors since then.

Before this law, only a select few could apply to be granted permission to consume the drug if they had serious medical conditions. Only around 1,000 people had been given this permission when the law was passed, and they had to take on the costs themselves.

Findings of the Forsa survey also reveal that 70 percent of women are against the legal acquisition and possession of weed and thus above the average of all respondents. Slightly more than half of the men surveyed (56 percent) said they were also against the legalization of the drug.

And, while 72 percent of people over the age of 60 support continued prohibition, 43 percent of those under 30 were pro-legalization.

READ ALSO: Six things to know about weed in Germany

Whereas the CDU and CSU are fundamentally opposed to the drug’s legalization, parties such as the pro-business Free Democrats (FDP) and the Green party support it.

Supporters of the Left Party (55 percent), the Green party (46 percent) and the Alternative for Germany (41 percent) were slightly more likely than the overall average to support legalization.

But the recent survey’s findings are not too different from results gathered from a similar survey two years ago.

In a 2015 Forsa survey conducted for German news magazine Stern, 61 percent of Germans said they thought the sale and consumption of hashish (a drug made from cannabis) should continue to be banned. Meanwhile 37 percent of respondents at the time were in favour of legalizing the drug, a slight rise compared to results gathered in the previous year.