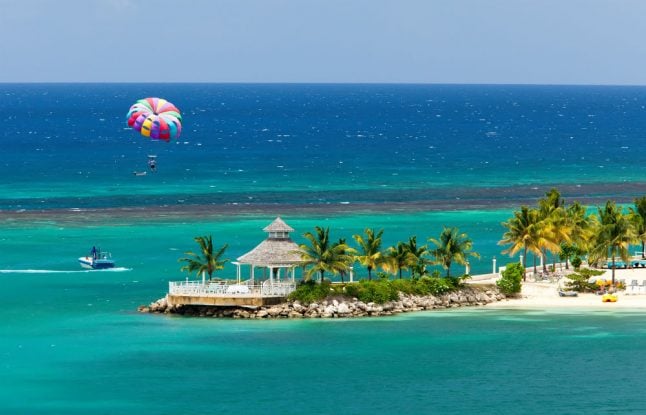 For 2017, we expect to have welcomed around 30,000 guests and thus an increase of 50 percent, the Jamaican tourism board said in reference to German tourists.

New flight connections, such as the one from Cologne-Bonn Airport to Montego Bay, will be particularly helpful in reaching these goals, the Jamaican tourism board added.

The board's aim for next year is to attract even more people from Germany: around 40,000 visitors.

Current coalition talks are naturally bringing more attention to the country, said a spokesman who organizes the promotion of Jamaican tourism in Germany.

Germany is currently mulling a “Jamaica” coalition between Chancellor Angela Merkel’s Christian Democrats (CDU), their Bavarian sister the Christian Social Union (CSU), the Green party and the pro-business Free Democrats (FDP). While the colours of Merkel's party are black, the FDP use yellow, and the Greens (obviously) use green.

Known for its relaxed lifestyle and reggae music, the country is hoping that coalition talks will influence online ad campaigns promoting tourism to Jamaica. A few of the things German politicians have said have even been used to promote a visit to the island.

Some leaders have noted the approximate 8,500 kilometres that separate Jamaican capital Kingston from Berlin as a metaphor for the distance all sides must go in the difficult negotiations.

Referring to FDP leader Christian Lindner, one ad on social media states: “Christian says: It's a long way to Jamaica”. A reggae musician answers: “No, man, just one non-stop flight.”

Another ad references Angela Merkel and states: “Angela says: Jamaica is an option.” Pictured next to this is an image of a laughing Jamaican who states: “I say: All right, man.”

READ ALSO: These will be the likely conflict points in building a Jamaica coalition